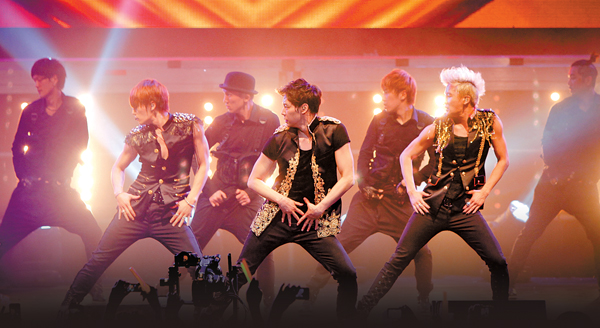 A live concert of three-member boy band JYJ in Tokyo next month will be streamed live at major movie theaters there.

After the groups’ Korean management agency CJeS Entertainment saw around 150,000 tickets of JYJ’s three-day concert “JYJ Concert in Tokyo Dome” at Tokyo Dome from April 2-4 sell out immediately after the release yesterday, it had decided to stream the last concert of the three live.

Theater operators in Japan can place a request for a live stream in their facilities by Sunday online. The concert at the dome is the first for JYJ since June 2010.

It is a long-awaited comeback for the group. It had been forced to halt its activities in Japan during the legal battle over an exclusive contract with its Japanese agency AVEX, who claims full management rights over the group’s activities there.

As a Japanese court ruled in favor of JYJ, disregarding the exclusive rights of the agency, the group is now free to sign with other companies and make official public appearances.