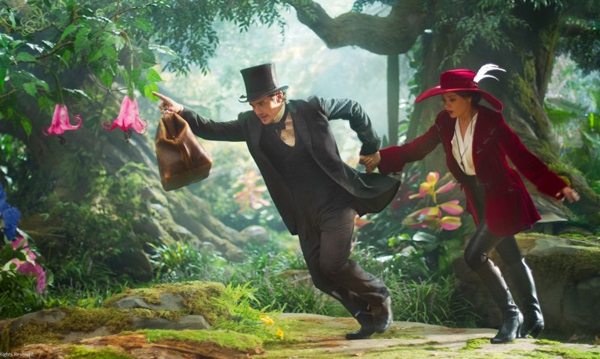 Movie “Oz the Great and the Powerful’’

LOS ANGELES - “Oz the Great and the Powerful’’ clicked with moviegoers.

Disney’s 3-D prequel to the classic L. Frank Baum tale “The Wonderful Wizard of Oz’’ debuted in first place and earned $80.3 million at the weekend box office, according to studio estimates Sunday. “Oz’’ tells the origin of James Franco as the wizard with Mila Kunis, Michelle Williams and Rachel Weisz as the trio of witches he encounters after landing in the mystical realm of Oz.

The updated take on “Oz,’’ which was directed by original “Spider-Man’’ trilogy mastermind Sam Raimi, was a gamble that looks like it will pay off for Disney. The film reportedly cost $200 million and opened a week after “Jack the Giant Slayer,’’ another big-budget 3-D extravaganza that reimagines a classic tale, flopped in its opening weekend, debuting with $28 million at the box office. AP