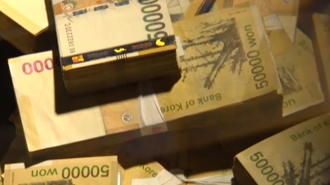 President Park Geun-hye’s much-touted “people’s happiness fund” will first be mobilized to help people with loans that have been in arrears for at least six months as of the end of February, according to the nation’s financial regulator yesterday.

The Financial Services Commission said yesterday that such debtors can apply for access to the fund as the government attempts to ease the mortgage debts of homeowners struggling amid a sluggish economy and long-flagging real estate market.

The FSC said the people’s happiness fund pledged by Park will not only reschedule debts households owe banks or nonbank lenders, but even help with money borrowed from private lenders.

This is the first time a specific target has been announced for the people’s happiness fund since Park took office in February.

Debts overdue by more than six months from banks, credit card companies, savings banks, mutual cooperatives and insurance firms will be eligible, as well as those from private money lenders with over 10 billion won ($9.1 million) in assets, the financial regulator said.

“People who have failed to repay the interest on their loans since August will be eligible to apply for the people’s happiness fund,” said Lee Hae-seon, an official at the Financial Services Commission.

According to the Korea Federation of Banks, 1.12 million people qualify.

If an application is approved, the government will buy the debt and write off a maximum of 70 percent for low-income households and 50 percent for middle-income homes. Successful applicants will also be permitted to make their remaining debt payments over a longer period of time.

The FSC said it will initially use 870 billion won from the Korea Asset Management Corporation’s credit restoration fund.

The FSC will be looking to buy the debts at a highly discounted price.

Market observers said the financial regulator is currently mulling taking over such debts for between 4 and 10 percent of the original sum owed, based on how successful the financial institutions have been in collecting on nonperforming loans.

In this scenario, a financial institution would only be able to sell 10 million won worth of uncollected debt to the financial regulator for 1 million won or less, the FSC explained.

The FSC Vice Chairman Choo Kyung-ho said in February that the agency plans to launch the fund in March. Market observers said there will be a ceremony to mark the launch at the end of this month. President Park may attend, as she has championed the fund.

The financial authorities will do in-depth checks of households’ financial health to avoid situations where people intentionally don’t pay back their loans in order to take advantage of the fund.

“We will impose a penalty against households that refuse to repay the remaining loans after their debts are partially taken over by the government in cooperation with financial institutions,” Lee said.