Lee Moon-sae has big plans for his 30th anniversary

Lee Moon-sae has big plans for his 30th anniversary 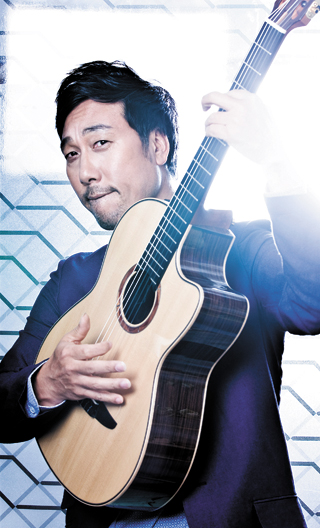 Lee Moon-sae is one busy man, and he is set to get busier as he nears his 30th anniversary concert in June.

It’s not easy appeasing long-time fans; for reference, there is a Japanese fan that’s been to 27 of his shows.

“There are those who are more enamored with my music than I am,” says Lee on why he owes it to himself, and fans, to put in the hard work to make the show great. “It can’t be a show just for the sake of a show.”

Although mind you, even if he sung just his big hits from “Sunset Glow,” “I Am a Happy Man,” “Old Love” and “Gwanghwamun Sonata,” there would still be enough substance to keep the audience happy.

Regardless, churning out song after song is not the route that the 54-year-old singer wants to take. The anniversary concert must be something special.

As Lee looks forward to taking the “Stage of Dreams” at Olympic Park in southern Seoul, he has some ambitious plans in the pipeline.

Although the large venue may be a new thing for Lee, the seasoned entertainer knows all about entertaining the masses.

From 1998 through 2008 through the “Lee Moon-sae Recital,” he made his way through small venues across the nation, performing some 300 times.
Then from 2011 until now he has been busy touring 40 cities at 100 shows under the banner “Lee Moon-sae Sunset Glow.”

Of course there was also a three-show tour in 2010 at a smaller venue in Olympic Park, which brought in 30,000 fans.

Yet regardless of venue, Lee has a way with connecting with fans on stage. He has a sort of sentimental leadership that resonates with his followers, especially when performing.

With comments like “Have you been eating well? I’d love to treat you all to a meal if that was possible,” and distribution of letters and rice, being moved seems to come with the cost of admission.

At one show, Lee even gave out a car to one lucky fan that seemed to be enjoying the show the most.

A JoongAng Ilbo reporter sat down with Lee at a cafe recently, where he spilled the beans on his anniversary plans.

Q. The venue is kind of a big deal, right?

A. Absolutely. I remember at Michael Jackson’s concert people were kicking soccer balls around the back because the stage was so far away. The last five to six years, I’ve been occupied with ideas to make sure that doesn’t happen at my show. In the end, it boils down to this: talented and supportive staff and taking on a challenge, thinking it could be my last.

Your shows are always so full of emotionally charged segments.

I just try to break even through my shows. From the public’s perspective, there is nothing worse than paying for a show that you regret attending later. Even with the upcoming show, if I don’t sell 50,000 tickets, I’ll be broke. But still I think it’s more important that my fans enjoy the show than merely filling the seats.

The most significant audience members for me are the ones that are furthest away from the stage, so instead of labeling sections as “A” row and so on, I section off the crowd into “Whistle Row” and “Blue Bird Row” - named after my songs.

It has been 30 years since your debut. How do you feel?

I do feel proud having been able to maintain a position within popular music for the last 30 years. But I don’t like to emphasize the number. It sounds almost like I’m telling people to listen to me, to watch me because it’s my 30th year. Also, to a 17-year-old fan, the number 30 means nothing.

I’ve been given a lot of songs from younger musicians like Yoon Do-hyun and Yoon Jong-shin and will attempt something new and fun. In regard to the long pause, a part of it was my laziness and a part of it was because I was afraid to take on the task. Today, people have a way of trivializing music by treating it as a good for consumption.

You could say that you need courage in this industry.

That’s right. As a musician, you have this sense of duty, if you will. You can’t keep thinking of the past, but because we went from record shop culture to this so quickly, you do feel a bit withered away. It pains me, but hit songs these days are theme songs from dramas and a lot of people claiming they found a great oldie through a singing-audition show. In a sense, I needed a 15th album to make some decisions for myself and put things in perspective.

Is that why you are so fired up about your concerts and performing?

Not exactly, but I thought long and hard about what I was good at. I could shoot commercials and be on television shows, but for me, there is nothing sweeter than success from just singing. Like Michael Jackson, I thought how great it would be if you could just get by doing what you love, and that’s what I’ve been doing. But having said that, I never wanted to do cabaret or sing at clubs. I wanted to maintain the quality of my music. I think it would be disrespectful not just to me but to the songwriters who worked on the songs if I sold myself short. So I refrained from dinner shows, too.

I hear that even after your shows, you don’t like to party hard.

I don’t like promoting that culture of watching TV and sleeping all day among the youth. Instead of going drinking, I’d suggest hiking and check that all staff show up in the morning. After shows, I’ve held athletic carnivals, fishing competitions and even tests. It all becomes great memories, and you need your crew to be happy if you want them to relay that emotion to the fans. There is a difference between a man who loves what he does and one who just does it to get by. You can see this even if he’s just the lights guy. What’s the point of performing to a sold-out crowd when you can’t even treat your staff to a meal worth a couple of thousand won?

I heard that you refer to your fan club as family?

Yes, and it’s because people matter. Lee Moon-sae the performer is on TV, and as a star, he has to be professional. But when I step off the stage, I try to be down-to-earth and show that I’m just a regular guy. That’s the kind of stuff that builds relationships.

Are you still as happy as ever?

I’m still so thankful that people like and sing along to my music. It’s still very moving.