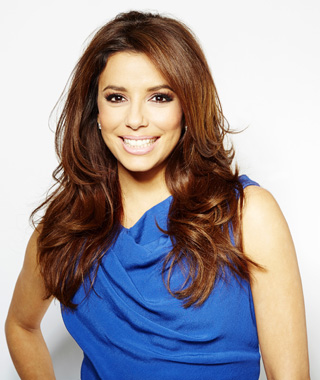 NEW YORK - Eva Longoria hasn’t slowed down since “Desperate Housewives’’ signed off after eight seasons last year. In fact, the actress says the word “lazy” isn’t in her vocabulary. “There are days when I relax, but it won’t be a full day. It usually means I’m gonna clean out my closet. That’s relaxing for me. Or I’m gonna cook a full meal for my family and friends,’’ Longoria, who will be 38 on Friday, said in a recent interview.

Longoria said she has no problem juggling various projects. “I always say there’s more time in the day than you think. You waste a lot of time that you don’t realize,’’ she said. “When I was on ‘Desperate Housewives,’ I learned two languages. I went back to school for my master’s degree, I was married [to San Antonio Spurs point guard Tony Parker] and flying back and forth [between Los Angeles and Texas]. You have time.’’

Her passions also include philanthropy and politics. She’s committed to encouraging Latin women to further their education and start entrepreneurial programs. She also founded Eva’s Heroes, dedicated to teens and young adults with special needs.

She just wrapped up filming on “Frontera,’’ alongside Ed Harris and Michael Pena, and has endorsement deals with L’Oreal, Frito-Lay and Sheba.

Longoria is also an executive producer on two upcoming TV shows. On “Ready for Love,’’ a reality dating show that will air on NBC, three matchmakers help three men find love. Longoria says she handpicked each of the three eligible guys. They’re “not only handsome and successful, but generous, kind and sweet human beings. .?.?. They’ll forever be friends in my life,’’ she said. AP