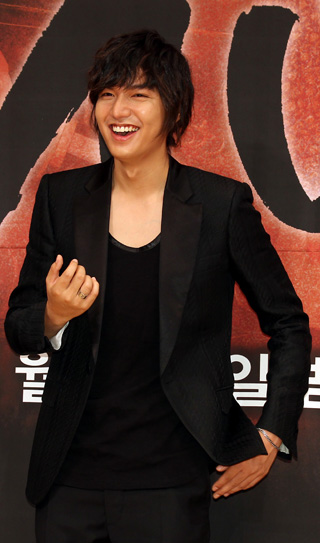 Actor Lee Min-ho, who became a much-loved Hallyu star from TV drama “Boys Over Flowers” in 2009, plans to release a special album worldwide in May. He will have a world tour starting that month as well, according to Lee’s management agency Starhaus Entertainment yesterday.

However, Lee made it clear that the album release is just a gift to fans and not a signal of his debut as a singer.

“My goal is to become an excellent actor, and making a debut as a singer is something beyond my talent,” said Lee according to the agency. “It is a small gift I wanted to give to the fans who care about me.”

He often sings at fan meetings but has never released music to the public or sung on television.

“There have been endless requests for him to produce an album with songs from fan meetings,” said the agency. It added that it decided on the album release after two years of deliberation .

Some proceeds from the sales of the album will be donated to charities.