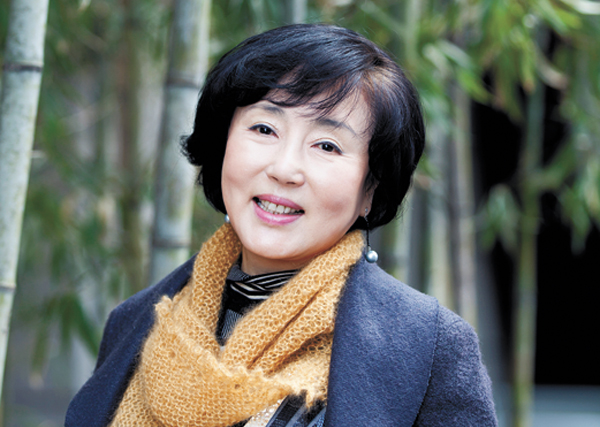 Kim Seong-nyeo, artistic director of the National Changgeuk Company, is trying to draw theatergoers back to Korean traditional opera. Though Kim is an expert in madangnori, or traditional outdoor performances, she has shifted to changgeuk (traditional opera) since taking her new job last year.

She began with an international reinterpretation of “Mr. Rabbit and the Dragon King” in 2011 and sold out tickets to thriller “Janghwa and Hongryeon” and comedy “Baebijang-jeon” last year.

This year, she will begin with “Seopyonje,” a story of singers of pansori, or Korean traditional music, who try to make a living in the modern world. The performance, to be held from March 27 to 31, was created by director Yoon Ho-jin, composer Yang Bang-ean, pansori master Ahn Sook-sun and stage designer Park Dong-woo - all experts in their fields.

JoongAng Sunday met Kim earlier this month to ask about her work. Here are some excerpts from the interview:

Q. You had remarkable success with “Janghwa and Hongryeon” and “Baebijang-jeon.” What do you think of their story lines?

A. Changgeuk followed only five general stories over its 100-year history and so couldn’t change along with fans. Korean opera needs to regain its competitiveness to jump back into the music industry. Changgeuk has been designated as an intangible cultural asset, but that’s not enough. The performance has to include contemporary stories and become famous enough to even have detractors.

“Janghwa and Hongryeon” has gained much attention as there was already an established fan base from other versions such as the movie and musical. They were actually surprised to see the transformation into a traditional opera. I was also happy to know that many directors who came to watch the show said that they also wanted to try out the field for themselves. 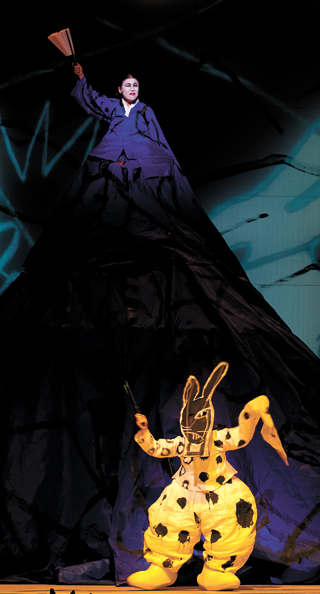 Is that why you were able to work with Yoon? How did you distinguish “Seopyonje” from other versions?

I had always hoped that “Seopyonje” would be the first piece of the year. I told Ahn Ho-sang, head of the theater, that the story had already been performed as a musical, but not yet as changgeuk.
Then I heard that Yoon was expecting to work on it as well. He had no background in changgeuk but wanted to put traditional sounds in a play.

We certainly had difficulties during the process. The writer was changed in the middle and Yoon was also busy directing the presidential inauguration.

The story is about pansori singers, and so we were able to portray traditional music well. Viewers’ ears will be delighted, and all the lines will sound realistic as the actors and actresses perform. Dong-ho and Song-hwa, the main characters, follow a path to find the true sound of music, and the last scene in which the two meet again after growing old will be the greatest to watch.

Since Yang, a world-famous composer, has joined the team, do you think the music will have a stronger impact? Why do you think changgeuk has had such a small presence over its long history?

Yang worked on the soundtrack for the movie “Beyond the Years” in 2007, which follows a concept similar to this one. He also is talented at combining Western and Eastern music.

People think highly of traditional culture, but they don’t know how to enjoy it. Pansori is really difficult to understand since the hidden meanings are very profound. We need to conserve pansori of course, but through changgeuk, the traditional sounds will get more attention.

You have worked with foreign directors to introduce changgeuk to the world and also bring their traditional stories to Korea. Some people say that the first project, “Mr. Rabbit and the Dragon King,” was not really appealing to Korean viewers. What do you think?

The original version of the story has appealed to Korean people thus far. The purpose of the project is to introduce foreigners to Korean traditional music. We care too much about ourselves. With contributions from great foreign directors, we will open a new era in the industry.

What can you say about “Heung Bo Ga,” a Korean folk story of two brothers, to be performed next January? What about “Medea,” a story of Greek mythology to be reinterpreted in Korean style?

I met a well-known Romanian opera director named Andrei Serban to talk about the performance. Having a talented person on our team will draw international interest. The most important thing is to give the
best interpretation of the song “Song of the Gourd.” Long ago, people wanted money, rice, silk and a house from the gifted gourd, but what would they want nowadays? These are the kinds of difficult decisions we must make in order to be successful. 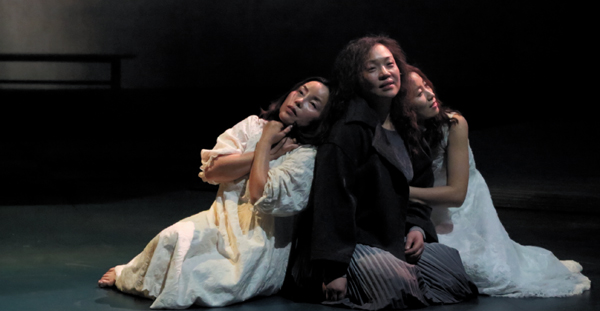 “Medea” has tragic beauty along with a cheerful atmosphere. A thriller like “Janghwa and Hongryeon” is more difficult to create. The traditional sounds convey either light or sad moods and so cannot stand together with the tension of the story. So in some cases, the director Han Tae-sook had to go with words instead of singing. Director Seo Jae-hyeong for the upcoming show is planning to compose songs for the piece, and I’m really looking forward to hearing them on stage.

Are you worried that changgeuk might lose its identity if worked on by foreign directors? Also, do you think children and teenagers will be in the audience?

Musicals employ diverse techniques. Some are more focused on singing and acting while others show more dancing. I don’t think changgeuk needs to emphasize only traditional singing. Good acting can be added to give a deeper understanding. Performances should change along with society.

There will be a teenage-themed changgeuk called “My Name is Oh Dong-gu” by director Nam In-woo this June. The story is about gender identity. We wanted fresh ideas and acting, so we hired 10 interns and six new members. Young actors and actresses can attract teenage viewers. 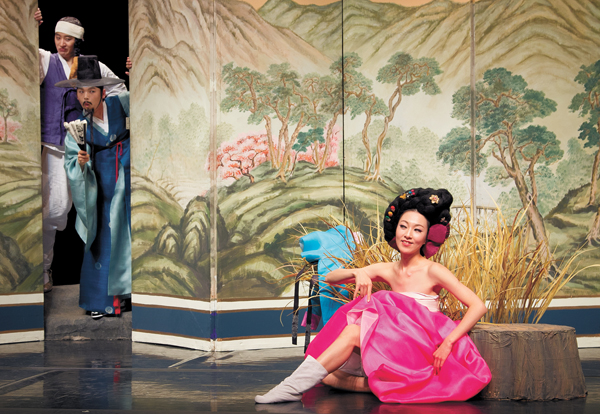 You were interested in madangnori for 30 years and suddenly moved to changgeuk. Why did you start learning pansori in the first place? What’s the charm?

In order to be an actress, you need to know how to breathe properly with the perfect rhythm and pitch. I learned all these skills from pansori.

Usually, the plays done in Korea are Western stories, but madangnori best represents Korean songs and dance. For 30 years, I was able to enjoy the performances together with the audience. Foreigners want to see what best describes life and culture in Korea. In most cases, actors who played the main roles in madangnori were not expert singers, but they were able to modernize the Korean traditional story. Thanks to madangnori, people grew more interested in pansori.

Changgeuk actually needed a lot of work because it completely disregarded any Western influence. In order to grow, it needs to move beyond outdated limits. Changgeuk should be somewhere between original pansori and modern art. It cannot go on forever relying on government support.

-Earned a professorship at Chung-Ang University in 2000

-Became artistic director of the National Changgeuk Company in 2012