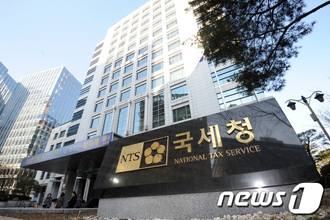 The police yesterday reported they busted a group of nine current and former government tax auditors for taking bribes in return for providing favors during a tax audit, marking the first time that a group of public officials tasked with tax oversight have been found collectively accepting kickbacks and distributing them among themselves.

The National Police Agency said the nine accused, three of whom are former workers for the Seoul Regional National Tax Service, took in a total of 316 million won ($286,928) from seven companies prior to an upcoming tax audit on their account books from September 2009 through February 2011.

The authorities added they requested an arrest warrant against one public official accused of raking in the largest amount of kickbacks, 67 million won, whose identity is being withheld by the investigators.

The police also said yesterday they will seek additional arrest warrants against two other government employees accused of allegedly having taken in 27 million won in kickbacks each, while four other officials suspected of having collected between 700,000 won and 27 million won were booked without detention.

For the remaining two officials who are found to have taken in less than 700,000 won, the police notified the tax service of their illicit action without taking legal action.

The police also booked 12 employees of the seven troubled companies on charges of bribery without detention.

“Except for the head of the team, [who took the biggest share of the kickbacks], the rest of the members received their shares of pocketed money evenly,” said a police official involved in the case, who spoke on the condition of anonymity.

The police added company officials on a bribery mission “packed shopping bags with 50,000 won notes” and handed them over to the officials at various sites such as “a restaurant or a company office where the tax audit was taking place.”

According to the police, the companies gave out bribes in the hope that the corrupt officials would turn a blind eye to irregularities found in their accounting books. The officials did as they hoped.

The authorities refused to disclose the identities of the seven suspected firms that gave out the bribes. Among the suspected companies embroiled in the scandal is reportedly a famous private education tutoring academy. Clothing and food companies are also reportedly among the culprits, with no more details given by the police.

The investigators are set to look deeper into the money-for-favor scandal as traces implicating higher-ranking tax auditors have been found.

“We can’t say specifically who else is implicated in the graft. But I can say the investigation is not over yet,” said the detective.