New chief of FSS is named

New chief of FSS is named 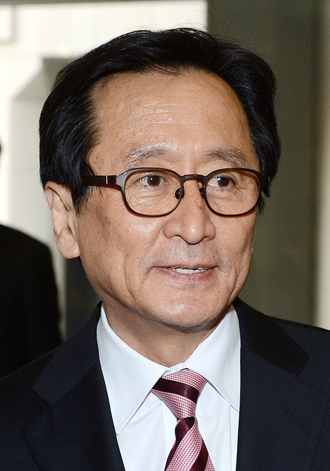 Choi Soo-hyun, first senior deputy governor of the Financial Supervisory Service, was appointed the new chief of the FSS shortly after Kwon Hyouk-se tendered his resignation to the Blue House yesterday.

The Blue House appointed Choi based on recommendations by the Financial Services Commission, which is the FSS’s policy-making superior.

This is the first time that an official from the FSS has been promoted as the its chief since the financial watchdog was established in 1999.

Yesterday’s announcement came after Kwon, whose term ends in one year, expressed his intention to step down to FSS senior officials at a meeting yesterday, paving way for the way for the Park Geun-hye administration to work with a new FSS chief.

“I will accelerate innovation and restore trust in the FSS and create the finance [environment] where consumers have a central place based on the stability and financial soundness of financial markets,” Choi said.

Market analysts said Choi was picked because the government is in middle of launching its “people’s happiness fund” to help households in trouble with debt and it needs to map out solutions to the problem of debt for consumers and companies.

They said Choi and FSC chairman-nominee Shin Je-yoon, the current first vice minister of the Ministry of Strategy and Finance, will be a good team as Shin has also stressed on the importance of helping indebted low-income and ordinary households recover their credit ratings with government support.

With Choi’s nomination, the two seats for FSC chairman and FSS governor have changed and market observers are wondering who will fill the vacancy as first senior deputy governor position in the FSS.

While Choo Kyung-ho, current vice chairman of the FSC who serves as interim FSC chairman until Shin passes parliamentary confirmation slated Monday, is likely to maintain his post, market watchers said he might get the first vice finance minister position.

Meanwhile, Kwon’s departure was anticipated given that Kwon passed the civil service examination in 1980, a year earlier than Shin, which would have made Kwon senior to his boss in age.

Market observers said Shin will feel more comfortable working with Choi, who passed the examination in 1982, a year after Shin.

FSS officials explained that Kwon made up his mind to resign after President Park appointed Shin as the new FSC chairman. Shin asked him to stay on until his parliamentary confirmation, which is slated for Monday.

Choi, a 58-year old native of Yesan in South Chungcheong, began his finance bureaucrat life in 1983 at the Ministry of Finance.

He has a master’s degree in public administration from Seoul National University and a bachelor’s degree in biology from SNU.

Before joining the FSS as the first senior deputy governor in February 2011, Choi served as chief of the Financial Intelligence Unit, director general of FSC’s planning and coordination bureau, and assistant secretary to the President for economic policy and social policy coordination. He was a senior co-financing officer for the World Bank from 1998 to 2002.