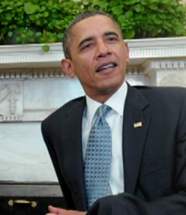 After Xi was elevated by the National People’s Congress yesterday, Obama called him to give congratulations and discuss future relations between two world superpowers, including Pyongyang’s defiant military provocations.

“The President highlighted the threat to the United States, its allies, and the region from North Korea’s nuclear and missile programs,” a statement released by the White House said. “And stressed the need for close coordination with China to ensure North Korea meets its denuclearization commitments.”

Some sensitive issues were also discussed, according to the statement. Obama “welcomed China’s G-20 commitment to move towards a more flexible exchange rate,” and also underscored the importance of working together “to address issues such as the protection of intellectual property rights.”

In response, Xi said China and the United States have “enormous common interests,” but also “differences,” according to the state-run Xinhua News Agency.

When it comes to bilateral economic and trade cooperation, Xi said, the two countries should “adhere to equal dialogue and candid communication,” and “prevent politicizing economic and trade issues so as to further consolidate the basis of China-U.S. economic and trade ties that are characterized by mutual benefits and win-win results,” Xinhua reported.

In terms of the North Korean affairs and the cyber attack issues, both leaders “exchanged views” and Xi “expressed China’s principles and positions” on those issues.

Next week, U.S. Treasury Secretary Jacob Lew will visit China and Secretary of State John Kerry will also visit Beijing in the coming weeks as part of an upcoming trip to Asia, Obama said.

U.S. State Department spokeswoman Victoria Nuland said Thursday that Kerry will attend the G-8 meetings in London, slated on April 10-11, and then travel on to Seoul, Tokyo and Beijing.