Suicide teen was told to strip by school bullies

Suicide teen was told to strip by school bullies 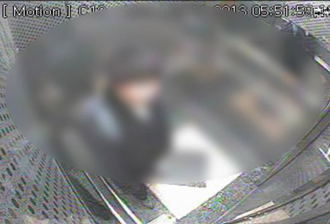 More details surrounding the tragic suicide of a 15-year-old student surnamed Choi who took his life by jumping from the 23rd floor of his apartment complex in the southeastern city of Gyeongsan, North Gyeongsang, have emerged as well as reports of more school-bullying victims.

The Gyeongsan Police Precinct reported Thursday on the brutal nature of the bullying of Choi by five schoolmates cited in his suicide note.

“Choi was forced to strip by his peers [to humiliate him],” said the police. “We are now investigating whether other bullying victims underwent similar sexual humiliations.”

Choi left a suicide note that said bullies at his school had been extorting money from him since 2011. He identified five bullies.

He also called for more CCTV cameras at the school, saying the current cameras weren’t in the right place to catch instances of bullying. Following an investigation, the police said Thursday there were no CCTVs in classrooms, restrooms or hallways.

The authorities also reported there were seven more students abused by their classmates, some of whom were mentioned in Choi’s suicide note. One student identified by the police by the surname Sohn was forced to deliver bread to the bullies on over 300 occasions or else he would be beaten. Sohn became suicidal and asked his parents to transfer him to another school, which they did.

The police said Choi’s middle school classmates identified more bullies than the five mentioned in the suicide note. They identified one by the surname Kwon, who has reportedly been practicing boxing. He is the leader of a dozen or so bullies, police said.

The police also reported that two of Choi’s middle school class teachers were oblivious to his suffering.

Choi’s suicide prompted President Park Geun-hye to call on the police to redouble their efforts to root out school violence in a speech Thursday at the graduation ceremony of the Korea National Police University.