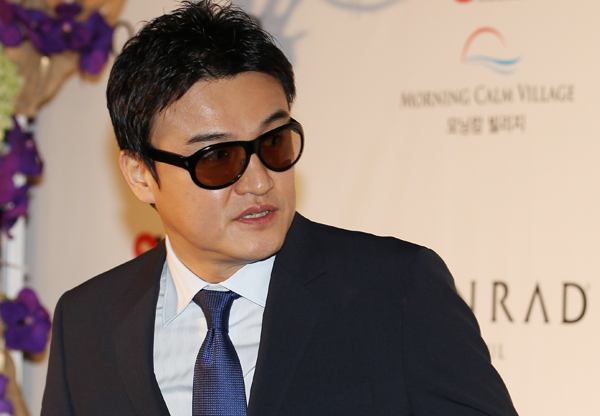 Actor Park Joong-hoon starts filming his own movie - “Top Star” - March 24, he said on Twitter last week, making his debut as a director.

Uhm Tae-woong, a regular member of the KBS reality show “1 Night 2 Days” and actress So Yi-hyun, who starred in the TV drama “Cheongdam-dong Alice” that ended in January, will take a leading roles.

Kim Min-joon from the 2012 movie “The Concubine” also recently agreed to take part as a lead character. Kim, who announced his plan to stop acting in December, decided to return to the entertainment scene after only three months.

Kim received a call from Park last year and just recently decided to join the team.

The movie “Top Star” will depict the life of a personal manager for a top star, who later becomes a star himself.

Uhm will play the manager-turned-star, while Kim will be the already-famous celebrity for whom Uhm works.