Accidents with luxury cars can clean out wallets

Accidents with luxury cars can clean out wallets

With a growing number of imported luxury cars hitting roads across the country, accident rates are up and drivers are watching their wallets as high-end repairs can cost millions of won.

In a typical case, a taxi driver was found responsible for repair fees amounting to 72 million won ($64,591) after his Hyundai Sonata was rammed by a Lamborghini earlier this month.

Taken aback, the cab driver called his insurance company, which had previously assigned him just 10 percent fault for the accident. 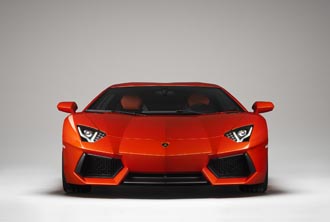 But the figure was accurate. The company explained that repairs on the ultra-luxury vehicle cost a whopping 720 million won.

The taxi driver was stupefied by the price that was beyond his means and unaffordable for his company.

He and his company argued that the amount of liability was unfair, and fortunately, the sports car owner agreed to cover most of the bill.

Yet others are not so lucky, and the frequency of such incidents will only rise along with imports of pricey cars from abroad.

In fact, the number of accidents involving imported cars increased to about 250,000 in 2012, a 25 percent jump compared to the previous year.

The average repair fees for such imports amount to about 2.6 million won, more than three times the 840,000 won average for lower-end domestic brands, according to the Korea Insurance Development Institute.

The expense of renting a comparable car for the owner of a luxury import following an accident can also be extremely high as repairs take longer than average.

“Parts for sports cars like Lamborghinis are mostly made in Italy, and it takes about two to three months to bring them to Korea,” said Jang Jin-taek, a car expert and CEO of Car Media magazine. “The parts themselves are expensive, but the cost of renting a car over the repair period averages about 3.5 million won given that a crashed sports car costs 500 million won.”

A third of insurance money spent on accidents involving imported cars is used to rent cars for owners while their own cars are being repaired, according to Democratic United Party lawmaker Min Byung-doo, who recently surveyed five car insurance companies.

In respond to such concerns, the Korea Insurance Development Institute introduced a 5-10 percent hike of insurance premiums for owners of imported cars.

Along with the raise, the General Insurance Association of Korea formed a task force to examine the appropriateness of repair and rental costs following accidents involving luxury automobiles.

“We will draw up a list of reasonable rental car prices for each model and will take action against those who set prices above the determined maximum,” said a representative of the insurance association.