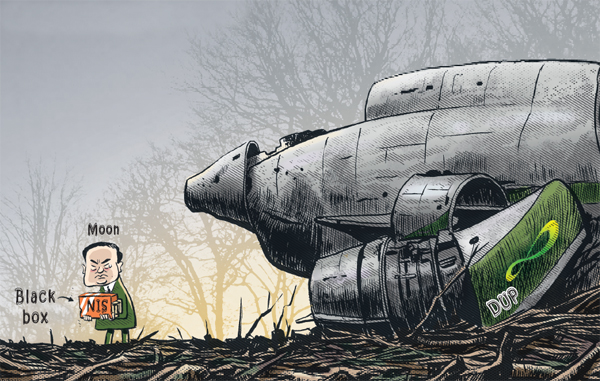 After a crushing defeat in the December presidential election, the opposition Democratic United Party’s interim leader Moon Hee-sang now has the black box which may hold the secret to the defeat. The Saenuri Party agreed to a legislative investigation into an election scandal involving the National Intelligence Service
in return for a compromise on the government reorganization bill. By Park Yong-seok