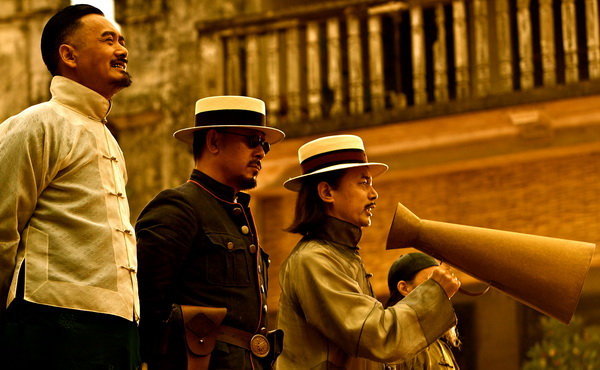 HONG KONG - The surprise hit in Chinese theaters last year was a low-budget, wacky road-trip comedy that even beat out global blockbuster “Avatar” to become the country’s highest-grossing film ever. But “Lost in Thailand” disappeared overseas.

The film that earned 1.26 billion yuan ($200 million) in China earned a paltry $57,000 during its U.S. theatrical release, joining other homegrown hits that have flopped internationally.

It is the latest sign that while the country has become a box-office superpower, it faces a harder task fulfilling its leaders’ hopes that its studios will be able to rival Hollywood for global influence.

Action-comedy “Let the Bullets Fly,” starring Chow Yun-fat, grossed $111 million at home but $63,000 in the United States, while action-fantasy “Painted Skin: The Resurrection,” starring Donnie Yen, earned $113 million domestically but $50,400 in the U.S., according to Hollywood.com.

Chinese movies’ overseas box office receipts fell 48 percent last year, alarming regulators, who also worried about Hollywood movies taking more than half of ticket revenue, which totaled 17 billion yuan ($2.7 billion), for the first time in nine years. Tong Gang, head of the State Administration of Radio, Film and Television, urged filmmakers to “better express Chinese images and stories in line with the international film mainstream” and step up their marketing and publicity, according to state media.

China’s film industry has been reaching out to Hollywood in search of co-production deals that would help studios make movies that both Chinese and global audiences like.

They’re hoping to make the next “Crouching Tiger, Hidden Dragon,” a 2000 U.S.-China-Hong Kong-Taiwan co-production that became a global blockbuster.

But film distributors say selling China’s movies to the world is hampered by subject matter that doesn’t travel well, different storytelling methods and the sheer size of its own market. AP