Supreme Team is back in the spotlight

Supreme Team is back in the spotlight 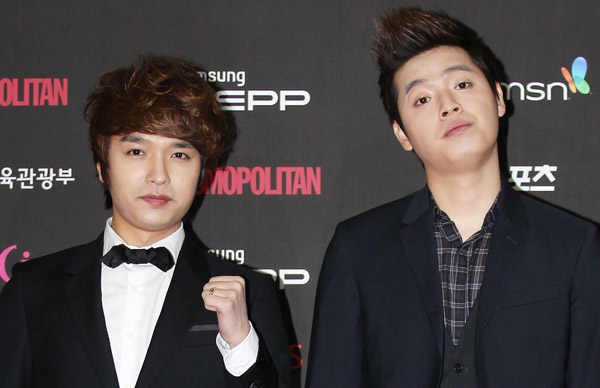 Simon D and E-Sens said that the tune includes some encouraging messages for anyone uncertain about the future. Simon D focused on composing the music, while E-sens wrote the rap.

Their agency Amoeba Culture said the song is self-affirming for the stars and marks a comeback after a two-year hiatus.

The two took a break from the entertainment industry after E-Sens was investigated by police for smoking marijuana in 2011. He performed two years of community service and underwent addiction treatment.

The EP is named “Thanks 4 the Wait” as a way to appreciate fans who remained loyal during the group’s time out of the spotlight.

Simon D and E-Sens performed their new songs last weekend at a concert organized by their agency before the official release of the EP at Olympic Park in Songpa District, southern Seoul.