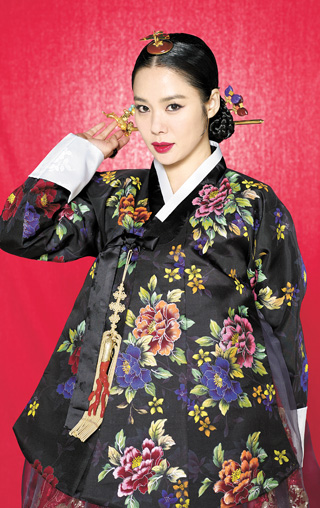 Actress Kim Hyun-joo, who has an innocent image, is playing a femme fatale who tries to seduce a king in an attempt to obtain power. provided by JTBC

A cruel battle among concubines during the Joseon Dynasty (1392-1910) is the theme for legendary screenwriter Kim Soo-hyun’s new JTBC’s weekend drama “Cruel Palace - War of Flowers.”

This fictional period piece will succeed Kim’s latest drama “Best Life is Without Children” and centers around a royal concubine Jo So-yong (Kim Hyun-joo) as she tries to gain the attention of King Injo (Lee Duk-hwa) with her beauty and wit. When she succeeds, there is a bloody battle over the power she receives.

On Tuesday, the first episode of the drama was revealed at a press conference. Reporters had their eyes glued to the screen as King Injo admits a humiliating defeat to the new dynasty of Qing in the Manchu War.

The re-enactment is based on the legendary tale of King Injo bowing three times and bashing his head into the ground to admit his defeat to Huang Taiji.

And true to its title, “Cruel Palace” is not for the faint-hearted.

“I’ve focused a lot on the artistic side of the drama such as by showing each character’s inner conflict with clashing colors,” said producer Noh Jong-chan. “I’m also planning to take the audience to the very deepest depths of the scenes in the king’s bedroom as well as the scenes that show the relationships between the concubines.”

Actress Kim said during the press conference that this is her first time playing a femme fatale. She often evokes an innocent image in drama fans’ minds, but Kim said that this kind of typecasting doesn’t really bother her.

She explained that she is simply looking forward to a new experience and is “more than delighted to have been given the opportunity to try something new.” 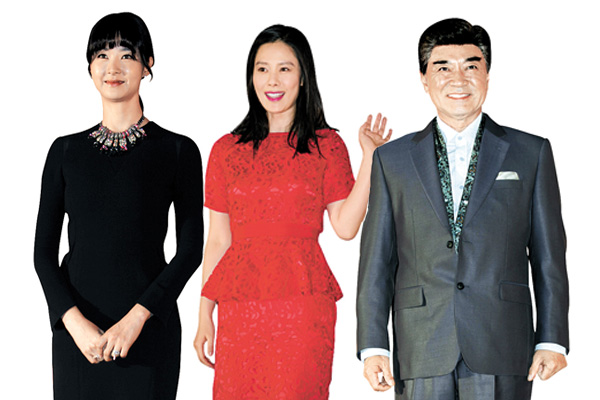 “Jo is like a beautiful red rose with a large thorn. This role will be a new life story for my acting career. I personally think it will be more interesting for an actress with an innocent image like myself to take up this wicked role,” Kim said.

Kim will also have to shoot love scenes with veteran actor Lee, who is 25 years her senior, as well as with Jun Tae-soo who plays Nam Hyuck, Jo’s first love in the television series.

“I am quite worried about the level of body exposure as well as the deep expressions that I have to display during the love scenes,” said Kim. “I’ve been taking Korean dance classes to prepare for the scene in which So-yong seduces the king. I hope viewers take note of how we portray the world inside the royal palace.”

According to the production team, Kim will be “seeking to show the different sides of So-yong as she transitions from a naive young girl into an imposing royal concubine. Her numerous transformations will captivate the hearts of viewers.”

Meanwhile, Lee, who’s taking up the role of the king, said during the press conference, “Injo is a king who acceded to the throne due to a revolutionary force. He had no philosophy of his own and was just a puppet king.”

“It is more interesting for me to portray a king that we are unfamiliar with,” he added. “Like the line that goes ‘He is an incompetent king’ in the drama, Injo doesn’t really know what a king does. When I was shooting the scene where I admit defeat, I was really humiliated.”