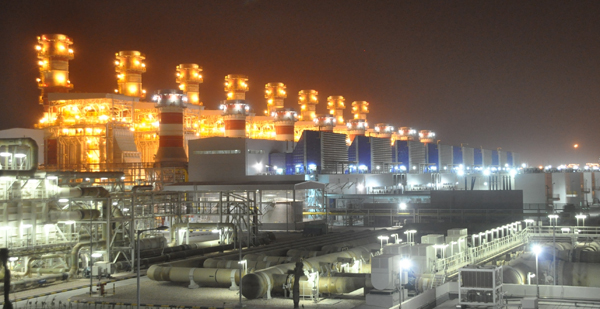 Spanish study fever is spreading at Hyundai Engineering and Construction. After the work day ends, about 80 employees gather in a lecture room to study the language.

As the company expands in South America, the CEO has emphasized that civil engineers should learn Spanish in order to better understand the growing market.

Central and South America have about 28 percent of the world’s biofuel and the biggest oil reserves. The abundant natural resources are helping to fuel foreign investment, and the region’s economies are growing rapidly.

From early on, Hyundai E&C made a point of diversifying its focus on the Middle East to include Central and South America as well as Africa. By establishing a global organization system, it increased its competitiveness in the region.

Its business in South America especially expanded after the Bogota branch opened in Colombia in 2010 and the Venezuela branch opened last year. Hyundai is now working to study the market and secure construction opportunities for high-quality projects in the region.

Its efforts to penetrate the growing market are slowly paying off.

In addition, in June 2012 it won an order worth $2.995 billion for the Puerto la Cruz oil refinery project in Venezuela from PDVSA. The company was selected for its long history and reputation for high-quality construction.

With the Venezuelan project as the driving force, the company now stands to have an advantage when bidding for similar construction projects in Venezuela and other Central and South American nations. This will increase the pace of advancement into markets there.

Furthermore, a Hyundai consortium composed of Hyundai E&C, Hyundai Corporation and KEPCO KPS won a combined contract to construct a power plant in Punta del Tigre. The $630 million construction deal was commissioned by Usinas y Trasmisiones Electricas in November 2012 - the first in the Uruguayan market.

Despite fierce competition, Hyundai E&C was able to win more than $10.5 billion worth of orders in the overseas construction market last year thanks to its varied construction experience and advanced technology. So far, it has advanced to 51 countries and won 760 construction projects, proving itself yet again as a global construction company.

The company has decided on key product packages and developed them to improve its competitiveness and boost efficiency of resource allocation.