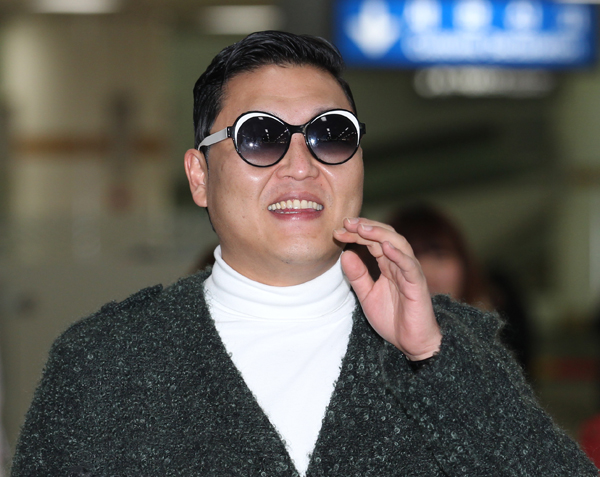 World star Psy has decided to shoot the music video for his upcoming song in Korea, according to his agency YG Entertainment yesterday.

“Psy was debating whether to film the music video for his new EP in Korea or overseas but decided to do it in Korea recently after meetings,” said the agency. “We plan to have local production staff.”

Psy is currently looking for places to shoot and deciding on the remaining details of the concept.

After his hit song “Gangnam Style” made Gangnam one of the world’s most popular towns, great attention is being paid to Psy’s decision-making process for the upcoming video.

He will stay in Korea until April 13, the day he releases his new EP and holds the first concert of the year.

Psy reportedly invested 3 billion won ($2.7 million) in producing the concert called “Happening” for 50,000 fans. The concert will also be streamed live through his official YouTube channel.

He plans to release his new song a day early in Korea only.