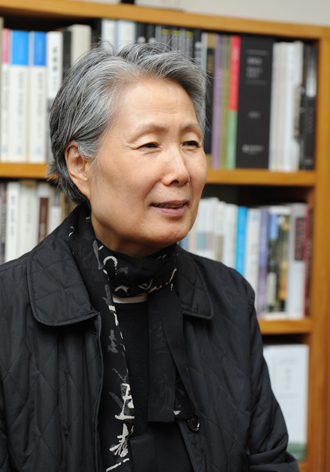 “Bangudae engravings are the eldest brother of all Korean cultural properties,” Byun Young-sup, head of the Cultural Heritage Administration, told reporters after being appointed to lead the organization by President Park Geun-hye on March 15.

Byun, an art history professor at Korea University, has been fighting for the proper preservation of the 8,000-year-old rock carvings located in Ulsan for over 10 years now.

The engravings, measuring 10 meters (33 feet) wide and four meters high, feature some 300 sea animals and other mammals. But they spend 140 days a year submerged because of local water policies put in place after the construction of Sayeon Dam in the 1960s.

Byun likens herself to a “civic activist,” and for that reason the nomination was a surprise for her, the Cultural Heritage Administration and pretty much everyone else.

“I have been participating in the Bangudae movement for 10 years, and not once did I expect that I’d be the head of the CHA,” she said. The 62-year-old said that she met President Park once while the president was a member of the National Assembly. The president asked Byun to explain the Bangudae situation.

“I felt that she was deeply interested in culture and cultural properties,” Byun said. It is said that Park Geun-hye wanted to major in history, but her father - President Park Chung Hee - suggested she study engineering in college.

Although it’s clear that Bangudae activists will likely get a boost now that Byun has become the leading figure of the cultural heritage organization, Byun acknowledged that it’s not an issue she can address alone. Instead, she needs close cooperation from the Ulsan Metropolitan Government and the Ministry of Land, Transport and Maritime Affairs. 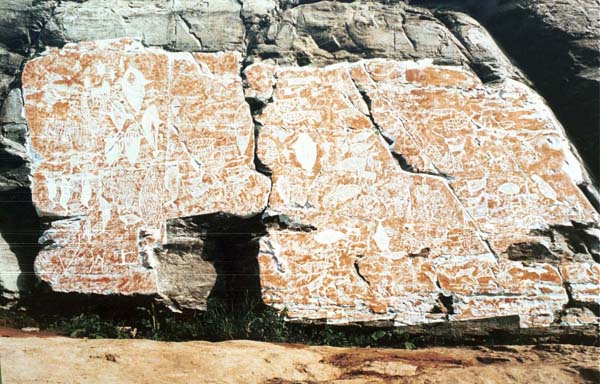 While the Cultural Heritage Administration has been pushing to lower water levels by setting up a floodgate, the Ulsan government worries that such a move will decrease the water supply for residents. The Ministry of Land, Transport and Maritime Affairs, which owns the Sayeon Dam, has argued that lowering water levels won’t threaten supplies in Ulsan.

While the three organizations have been coming up with new proposals, shooting them down and negotiating again, the latest is that Ulsan has agreed to lower water levels on the condition that alterative water be secured from “elsewhere.” No one has a clear answer as to where “elsewhere” might be.