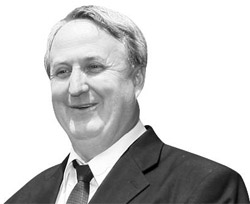 Despite escalated tension with Pyongyang, the Park Geun-hye administration granted permission to a private organization to provide a humanitarian aid package to North Korea yesterday for the first time since her inauguration in keeping with her two-track policy regarding the North.

The Ministry of Unification announced yesterday that it gave governmental permission for the Eugene Bell Foundation, a nonprofit organization headquartered in Washington which provides humanitarian services to the North, to provide 678 million won ($605,708) worth of medical aid to Pyongyang.

According to the ministry, the medical package will namely be medicine to treat some 500 patients in North Korea suffering from multidrug-resistant tuberculosis.

The shipment is expected to reach the North sometime next month and the aid will be transferred to eight TB Care Centers in North and South Pyongan provinces, Pyongyang and Nampo.

Kim Hyeong-sik, the spokesman of the ministry, said that the aid was approved “taking into consideration that medicine to treat tuberculosis patients in North Korea has to be distributed urgently, especially for vulnerable social groups [such as the pregnant and young.]”

“We look forward to this measure to help build trust between the North and South,” he added.

The ministry said that the government is in the process of reviewing up to four other civilian organizations besides Eugene Bell to grant humanitarian aid to the North.

The last aid request to North Korea was granted in November last year in the Lee Myung-bak administration, before Pyongyang’s rocket launch in December which led to a downward spiral in bilateral relations and hit a new low, especially after its February nuclear test.

Eugene Bell was founded in 1990 by Stephen W. Linton, starting with sending food and other aid to the North to mark the 100th year anniversary of his great-grandfather Eugene Bell’s missionary work in Korea.

The foundation told the Yonhap News Agency yesterday that once the package is delivered, Linton and up to seven volunteers will visit North Korea to monitor the distribution of the medicine.

Eugene Bell provides support to over 80 medical institutions in North Korea to diagnose and treat tuberculosis and estimates it has helped to treat some 250,000 patients there.

Despite declaring a need for a hard-line approach to the North’s provocation, President Park has also emphasized a need to rebuild trust with the isolationist regime and open up dialogue as a part of her two-track North Korea policy.

Inter-Korean relations entered a deep freeze under the former Lee Myung-bak administration with a series of provocations by the North such as the sinking of the Cheonan warship and the shelling of Yeonpyeong Island in 2010.

In retaliation, most cross-border interactions and business projects have been suspended under the so-called May 24 sanctions.