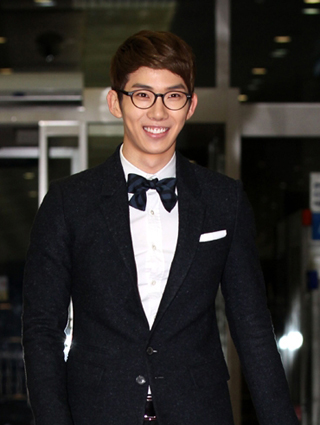 Jo Kwon of 2AM received emergency treatment for acute gas poisoning on Saturday.

The star was reportedly napping in his car before a taping of “MBC Show! Music Core” and awoke feeling ill, Star News reported.

“He happened to be awakened by a telephone call and smelled gas, felt dizzy and had a headache,” a source said. “So he went to the emergency room.”

The gas came from a leaking fuel container attached to a portable heater in the car, the report said.

Jo’s condition was not immediately known, but he left the hospital for the filming and later returned.

He had a full checkup and was later released with a warning about possible pneumonia, his agency said.

“Thank you sincerely for your concern,” he tweeted yesterday. “I will quickly show you how I have managed to recover.”

The 24-year-old is scheduled to make his acting debut on April 1 through the KBS 2TV drama “God of Job.”