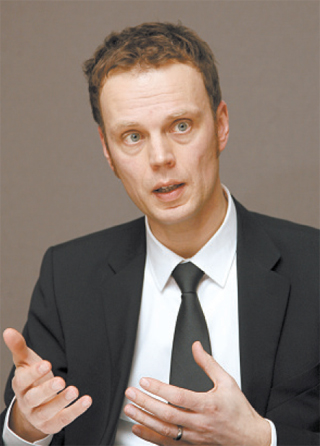 Siemens is one of the world’s strictest companies, with zero tolerance for any violation of ethics rules.

The German company began stressing the importance of compliance after 2006 when it was discovered to have doled out a total of 460 million euros ($594 million) in bribes to developing countries in order to win contracts for infrastructure construction.

CEO Peter Loescher took office the following year and made compliance the top priority of the company by enhancing the company’s compliance department and hiring legal experts to develop effective programs to enhance ethics.

Elbracht highlighted that the preventative element is the most important part, since any risks should be prevented to start with.

The detective part means having controls to see that everything is in the right order. For instance, Siemens discovered that an executive at the company’s branch in Kuwait was secretly preparing for a cashbox.

“The detective part launches investigations and looks into what might be the consequences,” Elbracht said. “The Kuwait incident proves that our detective part is functioning well.”

The executive in the Kuwait incident was fired. Elbracht said the company has zero tolerance for such incidents. “Internal rules and regulations are stricter than external ones,” he said.

A year after he came to Korea, Elbracht said he sees positive changes by Korean companies.

“Awareness has been significantly increased during the past couple of years,” he said. “But it’s important to keep up the good work.”

At Siemens, compliance means being ethical, doing business in a clean way, respecting and caring about each other, and carrying out corporate social responsibility activities.

“It also includes the way a company treats its employees,” he added.

Siemens sets a maximum level of hospitality allowed for external parties. Korean companies have recently began to model their own regulations after the German firm.

“Giving excessive hospitality has an intention behind it,” he said.

Siemens Korea launched a program called Northeast Asia Business Integrity School for local companies and students. The company has spent 1 billion won on the program over the past three years.

Kookmin Bank introduced an actual case of the company writing off customers’ documents on behalf of them, which resulted in a loss of credibility. Students in the program tried to find ways to restore credibility for the bank as they shared ideas with each other. This case won first prize at the Nabis program’s closing ceremony on Friday.

“There is no right or wrong way for compliance,” said Elbracht. “Companies need to find their own ways to approach to it.

“Siemen spent more than 2 billion euros when it was at the height of the 2006 compliance crisis, which is money that can hire a lot more people, but looking back at the revenue development of the company over the last years, we have been tremendously successful.”

As for the new Korean government’s stress on ethical and fair businesses, Elbracht said it seems like a desirable development.

“It would be better if companies do that voluntarily, but it is also important to have a government that emphasizes the importance of compliance, and it will be a good direction.”