And now comes the smartwatch

And now comes the smartwatch 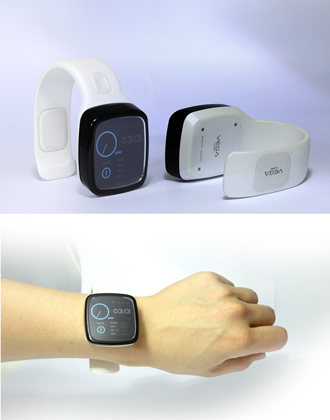 As market leaders Samsung Electronics and Apple plan to compete in smartwatches, Pantech, Korea’s third-largest smartphone producer, yesterday revealed the design concept for its smartwatch. The so-called Vegawatch, named after the producer’s Vega smartphone lineup, has been inspired by the shape of a swan, says Kim Myun-gyu, a designer intern at Pantech. Pantech says it will soon mass produce its smartwatch without providing a detailed schedule. Provided by the company