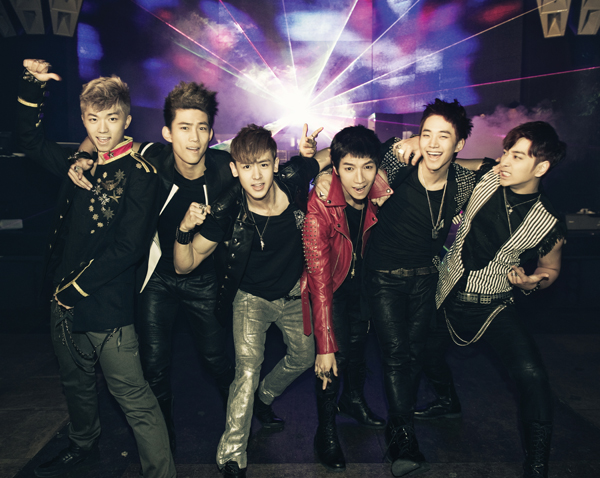 Popular boy band 2PM is coming back in May. Its agency JYP Entertainment also announced yesterday that the group will hold a concert in Korea in June.

The agency also released a trailer that indicates the comeback for the group.

In it, the members kept in a chained box underwater get out of it at 2 p.m. and swim to the surface.

The trailer is played in the theater chain Megabox for two weeks since yesterday.

The agency will also work on a promotion to play the trailer more than 70 times a day on screens in Times Square in New York and Piccadilly Square in London.

The concert titled “What Time Is It?” will be performed in Jamsil Sports Complex in Southern Seoul for two days starting June 21.