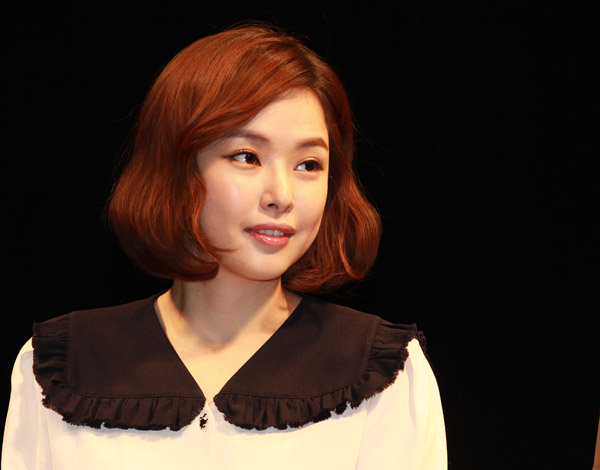 Lee Honey is returning to musicals after a three-year hiatus.

She will play Roxie Hart in “Chicago,” a character who is a wannabe actress sent to jail for killing her ex-boyfriend, according to King Kong Entertainment.

“I’ve liked the musical ‘Chicago’ for a long time, and I wanted to be in it. I’m delighted that I get to play Roxie,” said Lee, according to the agency. “I’m very thrilled and nervous to return to the stage in a musical after such a long time. I’ll do my best.”

Chicago will kick off in Daegu on May 10 and then continue to Ulsan, Busan, Gwangju and Daejeon.

On July 6, it will start its run in Seoul at the National Theater of Korea until Aug. 31.

She previously played a leading role in musical “Legally Blonde” with Jessica of Girls’ Generation and actress Kim Ji-woo. She also took a role in “Polaroid” in 2008.

Meanwhile, Lee said early this year that she has been dating singer-turned-actor Yoon Kye-sang, a former member of g.o.d.