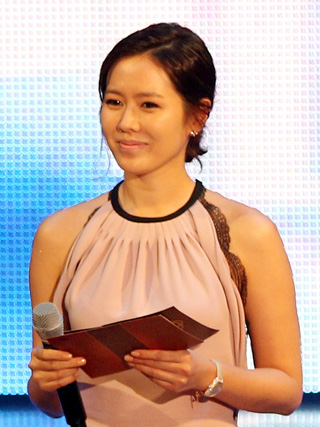 Son Ye-jin will make a comeback to TV screen for the first time in three years since her previous work in "Personal Taste.”

In a new drama "Shark", Son will play the only daughter of a hotel tycoon named Cho Hae-woo. A charismatic and passionate Cho refuses to live a life as an heiress and becomes a prosecutor.

"I've chosen this drama as I was fascinated by the character and some in-depth story line," said Son, according to local media reports. "I would like to express all the emotions that the character Hae-woo has.”

The character later falls in love with a man who wants to take revenge on her for the collapse of his own family.

The male lead has not been set yet. The drama is scheduled to go on air in late May on KBS.