The evolution of provocation

The evolution of provocation 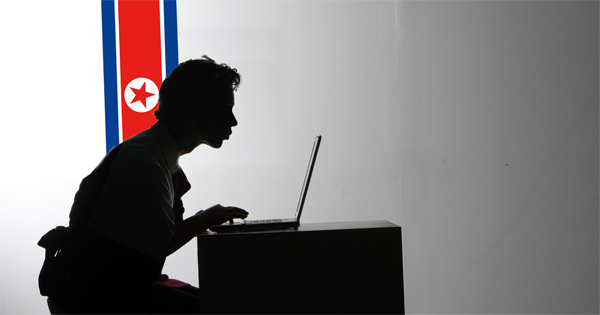 Major TV stations and banks were cyberattacked last week and more hacking disruptions were reported at North Korea-watch organizations and media Tuesday. It is shocking to witness how our cybersecurity can be so easily violated. The public has been unaware so far, but authorities have been waging a war against cyber threats for a long time. Nam Jae-joon, nominee for chief of the National Intelligence Service, reported during his confirmation hearing that government and public offices were cyberattacked 70,000 times over the last five years. The spy agency points to North Korea’s cyberespionage organization as accountable for most of the attacks.

The latest bout of computer network shutdowns and disruptions has raised much talk on North Korea’s cyber prowess. Some even say North Korea has groomed 100,000 tech-savvy “hacking warriors” and that more than a thousand receive orders from the anti-South Korea espionage department. South Korea has about 200 white-hat hackers and computer experts that can effectively respond to cyberintrusions by malicious forces, which means the country, which is one of the world’s more wired societies, may fall as an easy target for cyberwarfare from the North.

A North Korean expert who has been watching and studying the country for the last 30 years spoke differently about the incident. That North Korea has passion for cyber-capabilities and several thousands of trained hackers has been known for 10 years, he said. What is important, he pointed out, is how South Korea has developed its defense mechanism against the growing threat. He was referring to the lack of security vigilance and readiness in the South Korean government that often comes up with belated countermeasures only after incidents erupt.

A 1950-53 Korean War veteran, who declined to be named, also spoke about how disappointed he is with our government, which has learned nothing from the North Korean invasion 63 years ago as well as a torpedo attack of the South Korean naval corvette Cheonan three years ago. Two months after the Cheonan was downed on March 26, 2010, the president issued a statement that South Korea will exercise its right to self-defense if North Korea makes any land, sea and air provocations in the future.

But when Yeonpyeong Island was bombarded with North Korean shells six months later, the military dilly-dallied in a lack of uniform and resolute command. The military came under criticism for failing to send fighter jets to destroy firearms across the border. The incident again underscored that South Korea does not have an established guideline and action manual against North Korean provocations, the veteran said.

Seoul not only lacks readiness, but it also failed to come up with actions in order to not repeat the same mistakes. A government should be able to assure its people they can carry on with their everyday lives because the government and military are fully capable of national defense. If not, people live in constant fear and concern for their safety.

We have already experienced six high-profile cyberattacks over the last four years. The government should have developed protection and counter-abilities against the North Korean cyberthreat considering the country’s heavy intelligence on information and technology networks. But we have again had to witness the authorities scurrying to find solutions only when it came under another attack.

Another North Korea expert said North Korea does not repeat similar attack tactics during a short period. The regime has a traditional penchant for guerilla strategy and will likely attack in a new form from an entirely unexpected corner. The government is naive if it think it’s safe for now by organizing an anti-hacking mechanism after it identifies North Korea as the culprit behind recent disruptions. It will have to trot out a comprehensive and multi-dimensional operation and deterrence plan against any type of provocation from North Korea.

South Korea cannot cope with unpredictable and sophisticated provocations from North Korea with a bureaucratic, rigid mind-set and system that makes the military responsible for traditional warfare, the intelligence agency for spy activities and the cyber-authorities for cybersecurity. The security environment evolves fast in a digitalized and internationalized modern society.

We must be equally adaptive to the changing environment. The military, intelligence and administrative bodies should work as a unified security organization. President Park Geun-hye has been emphasizing public safety, which hinges entirely on national security. National security cannot be assured through an outdated system. We must come up with an innovative security system fast.