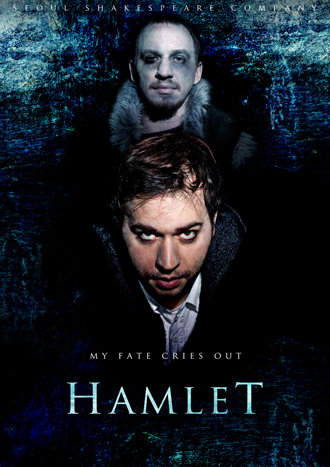 Shakespeare and Seoul seem like an unlikely combination, but the cast of Seoul Shakespeare Company may disagree.

Next month the nonprofit production company will bring to life the quintessential Shakespearean play “Hamlet.” With just weeks before the curtains rise on April 13, the company’s artistic director Lindsey Higgins sat down with the Korea JoongAng Daily to talk about the show that’s got her heart racing.

Higgins, an English teacher from Maine, has an acting background, and as a fan of the legendary wordsmith, says she’s excited to present Shakespeare to the Korean public.

“Korean productions do have a good grasp of the essence of Shakespeare, but the language does end up getting changed a lot,” says Higgins, who took on the role of producer for the upcoming play.

Along with Higgins and director Jessica Adel, about 30 cast and crew - mostly English teachers - took the plunge into Shakespeare. They met three or four times a week after work to prepare.

But just because they’re amateurs doesn’t mean they don’t take their craft seriously.

“All our actors are trained professionally as is the production team,” Higgins says. Although the company is not-for-profit, their mindset is “professional,” she explains.

“Although we do welcome all to auditions, those who are picked are ones with a lot of experience.”

Higgins, who has been with the company since its start in 2010, says that the thought of “doing Hamlet” was passed around last summer, and since then, she and Adel have been consumed by every aspect of the show.

Although recruiting the leads was not such a hard task, Higgins says that it’s the smaller parts that drove her mad.

“The difficult thing about Shakespeare is that he has a very large ensemble cast with very small roles,” Higgins explains.

Her biggest challenge was finding people to commit to the minor roles without pay. But luckily, there were people in the expat community that loved the English playwright just as much as she did.

Of course there were some critics who thought the production would be impossible to pull off in Seoul.

But Higgins says that the desire to prove them wrong actually propelled the company to work harder.

“?‘Hamlet’ is the ultimate Shakespeare text,” admits Higgins. “It’s the kind of text that makes people go ‘You can’t do Hamlet,’ but Jessica and I talked about it and said we are two strong women, and we can do this.”

All of the challenges were worth the trouble, Higgins says, “to give people the gift of Hamlet.”

Evidently the goal rang true with others in the community as generous donors helped move the production forward. 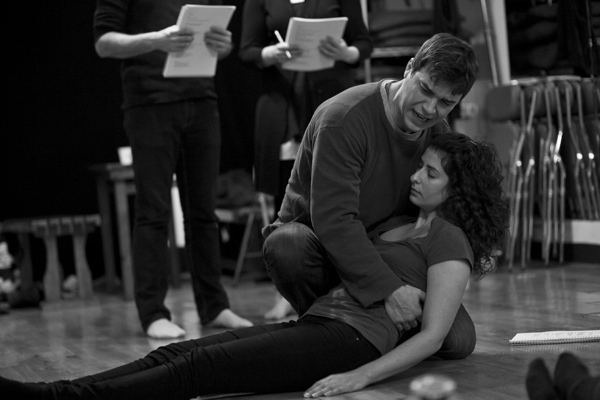 The production team originally aimed to raise $3,000 on the fund-raising Web site Kickstarter, but with help from warmhearted strangers around the world, it managed to pull in $5,508.

Two patrons in particular made large contributions. One will fly in from Canada and the other from France to take in Adel and Higgins’ vision brought to life.

While Adel is responsible for all action on stage, Higgins did the leg work necessary to get the word out about the six shows in April.

“We’ve already sold out one show,” Higgins says proudly, adding that there has been a strong response from the Korean community.

“I think it’s because the opportunity to see Shakespeare in English here is rare,” she says.

Then there’s also the famous plot about a tortured prince that has transcended time and culture around the world.

“Even though it was written hundreds of years ago, the political nature of it can transcend to Korea,” says Higgins.

“Even if they’ve never read Shakespeare, everyone knows the speech ‘To be, or not to be,’ and because of this, there is this excitement behind it to see how we’re going to handle it.”

This weekend, the ensemble will have its full run-through with a sound engineer who is flying from the United States to join the cast. This is the engineer’s third time working with Higgins, an honor that humbles the director-producer. But before the company reaps the fruit of its hard work, the next two weeks are about to get a lot more hectic.

“It’ll be insane. Everything that we’ve been working on in the last three months will hopefully come together in one day,” says Higgins.

At the performances on the 14th and 21st, audience members will be able to ask questions of the cast and crew. There is a 25 percent discount for students.