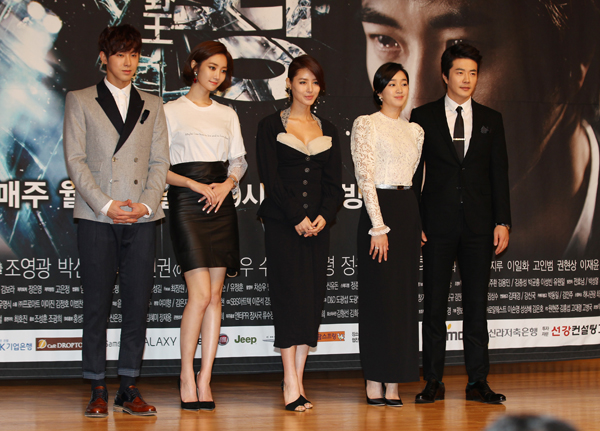 SBS drama “King of the Ambition”

Producers of SBS drama “King of the Ambition” have accused a Japanese netizen of a copyright violation, according to local media reports.

Yoon Young-ha, CEO of Verdi Media, said that one netizen living in Japan made a Korean-language textbook with lines taken from the drama and sold the material online.

The company speculates that the netizen is a Japanese-Korean.

A legal expert at the company was quoted as saying that the company has secured the transaction record from the Web site run by the netizen along with the IP address.

Industry experts believe that the particular drama has become a target as Hallyu star Kwon Sang-woo and Yunho of boy band TVXQ play leading roles in it.

As the production company has prepared to do business with many others all across the world, the CEO worries that if the company will see substantial financial damages due to such copyright infringement in the future.