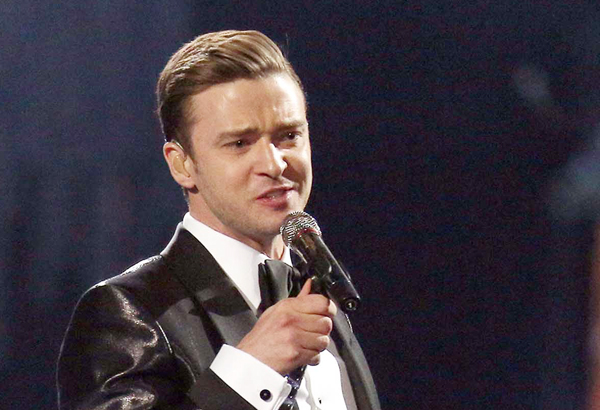 “20/20” is Timberlake’s third album and the follow-up to his multiplatinum, Grammy-winning 2006 album, “FutureSex/LoveSounds.” The new CD features the pop hit “Suit & Tie.”

Timberlake, 31, was strategic about promoting his comeback effort: He performed at the Grammy Awards, hosted and hit the stage on the TV comedy show “Saturday Night Live” and spent an entire week on the TV talk show “Late Night with Jimmy Fallon.” The singer also partnered with Target for the album’s deluxe edition and “20/20” streamed on iTunes a week before it was released.

Timberlake came up with the idea of a weeklong stint himself, Fallon said.

“I think he mentioned it to me like a year ago that he’s working on something and wanted to do a week on our show,” Fallon said Tuesday.

“20/20” is an unconventional album that features a mesh of R&B, soul, pop and futuristic sounds. The 10 tracks average seven minutes each.

Corson believes Timberlake’s key to promoting the album was “less is more.”

“While it felt like he was everywhere, he didn’t do a lot of things because he didn’t have to. But he did big things,” he said.

Fallon even joked that other celebrities are trying to follow in Timberlake’s footsteps with a weeklong stay on his show.

“We’re getting a lot of phone calls now to do themed-weeks for people,’’ said Fallon, who added that the show’s writers and producers developed a load of material for “Timberweek.”

“We have enough for another month,’’ he said. “We could have ‘Timbermonth.’ Trust me, NBC is already pitching it to me.’’

Of the 19 albums to sell more than 900,000 in a single week, Timberlake holds three slots. His albums with ’N Sync, 2000’s “No Strings Attached” and 2001’s “Celebrity,” sold 2.4 million and 1.9 million in their first week, respectively. Backstreet Boys, Lil Wayne and Taylor Swift have two albums each that have hit that level. AP