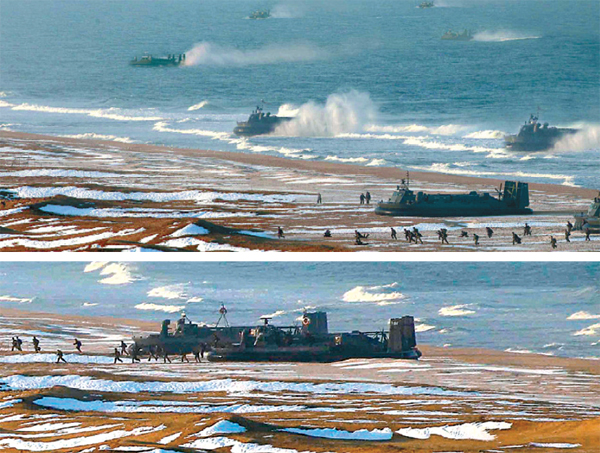 Top: North Korea’s Rodong Sinmun printed a photo of a landing drill of North Korean soldiers on the front page of their March 26 edition. However, the photo was found to be considerably manipulated. Above: The original photo shows smaller-scale landing and anti-landing drills of the North Korean military on the east coast on Monday. Reuters was credited as providing the photo released by the North’s KCNA news agency in Pyongyang yesterday. The Internet edition of The Atlantic, a U.S. current affairs magazine, reported yesterday that several amphibious vehicles were duplicated in the photo. North Korea watchers say the Rodong Sinmun apparently tried to make the landing drill seem larger than it was. [Rodong Sinmun/Reuters]