Weeping for the lost ­

Weeping for the lost ­ 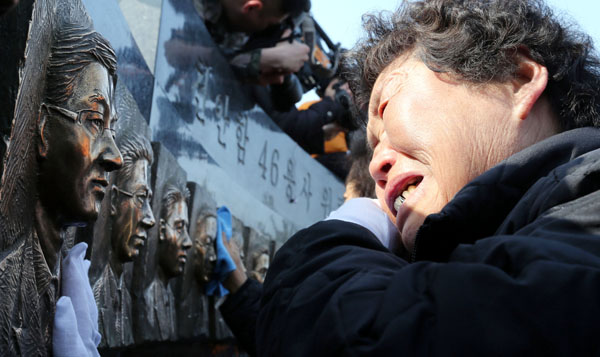 An elderly woman weeps in front of the monument of 46 fallen sailors during a memorial service on Baeknyeong Island yesterday for the third anniversary of the sinking of the warship Cheonan, torpedoed by Pyongyang on March 26, 2010. Nine survivors and over 60 bereaved family members attended the service held by the Navy. [Joint Press Corps]