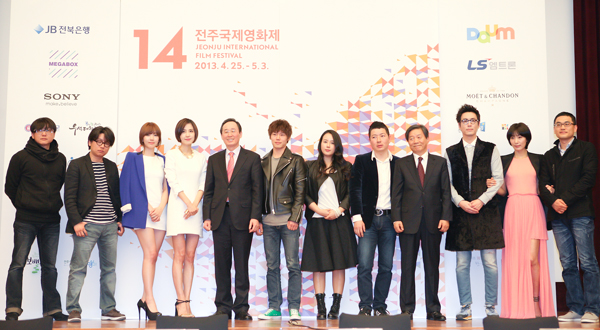 It seems that girl power will be in full swing at this year’s Jeonju International Film Festival, to start on April 25.

Laurent Cantet’s “Foxfire,” based on the lives of female gang members, will get the party started, organizers announced at a press conference in central Seoul on Tuesday. And “Wadja,” a touching tale about a girl learning to ride a bike in Saudi Arabia by the nation’s first female director Haifaa Al Mansour, won the coveted closing spot.

The two films will no doubt appeal to international audience members - an important focus of this year’s festivities as interest from abroad has waned despite the record number of movies being shown.

“It’s true that the number of foreign press and visitors to the event have decreased over the years,” said Lee Sang-yong of the organizing committee. “We are thus doing all that we can to improve the situation.”

Together, they will critique 10 pieces, including four from Asia, and at the very least the prize money should draw attention. The winner will take home 20 million won ($18,000). 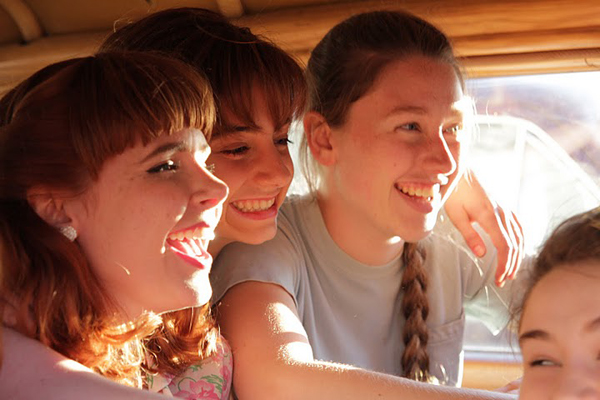 “Foxfire” by Laurent Cantet will open the 14th annual film festival this year.

Judges for the Korean film competition include France’s Cantet, Italian journalist Carlo Chatrian and Korean novelist Kim Young-ha, whose short stories were chosen as the inspiration for the “Short! Short! Short!” segment.

Filmmakers Lee Jin-woo, Lee Sang-woo and brothers Park Jin-sung and Park Jin-seok tackled the task of bringing Kim’s works to life. Making a brief appearance at the press conference, the two Parks agreed that “it was fun” to work with family on their short film titled “The Body.”

Lee Sang-woo confessed that he relied on recollections of his party days in college for “Exit.” The piece is said to be sexy and “quintessentially Lee” with lots of nudity - reason enough for lead actress Cho Youn-hee to wonder “Why did he ask me?” when she first got the script.

Lee Jin-woo, who worked on “Waltzing on Thunder,” said he was instantly drawn to the unique premise of the film. In it, a man can tell the day by observing time.

The three unusual tales seem to be a snapshot of what to expect next month.

“We like weird movies, but they’ve got to have substance and be entertaining too,” concluded organizer Kim Young-jin, who is also a longtime film critic.

In total, there will 190 films, including 12 produced for the festival.

Directors from 46 nations will showcase their work - a fact that has Jeonju Mayor Song Ha-jin quite excited.

He said he was thrilled to be behind a festival “that brings culture and diversity into the world of cinema” and promised to do all he could to catapult Jeonju onto the global film stage.