A nose for it

A nose for it 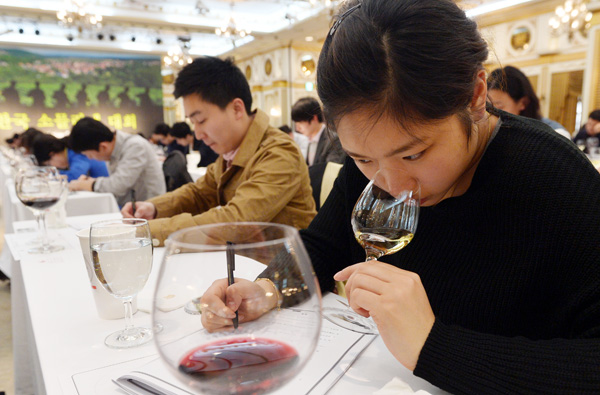 Contestants taste wine yesterday during a preliminary round of the 12th Annual Best Sommelier Contest of Korea held at the Imperial Palace Hotel in Nonhyeon-dong, southern Seoul. The event was organized by Sopexa Korea, a French agricultural food promotion agency. A total of 211 wine-lovers participated in the competition and of them, eight will be selected to participate in the final round scheduled for July. [NEWSIS]