Stones to play at Glastonbury event

Stones to play at Glastonbury event 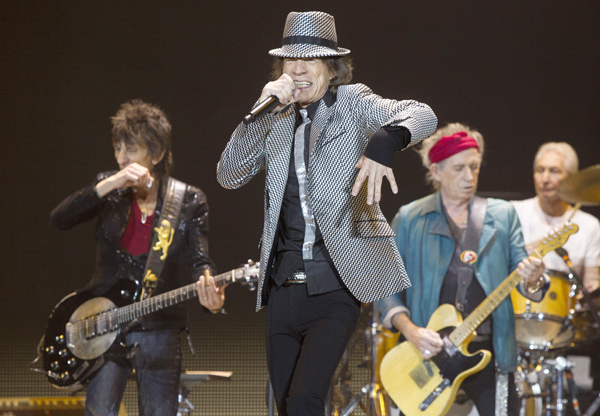 The Rolling Stones will play at Britain’s Glastonbury music festival for the first time, organizers announced on Wednesday, joining Arctic Monkeys and folk band Mumford & Sons as headliners at the three-day June event.

The appearance by the veteran British rock group follows weeks of rumors that the Stones, who in 2012 celebrated 50 years in the music business with a handful of concerts, finally would play at Glastonbury, one of Europe’s biggest music festivals.

According to a lineup on the Glastonbury Web site for the June 28-30 festival in western England, the Rolling Stones will play the main Pyramid Stage. The exact date of their appearance was not listed.

“Can’t wait to play Glastonbury. I have my wellies and my yurt!” Rolling Stones frontman Mick Jagger wrote on Twitter on Wednesday, referring to rain boots and an elaborate tent.

Members of the Stones have been saying for weeks that they would like to play at Glastonbury for the first time in their long careers. Reuters