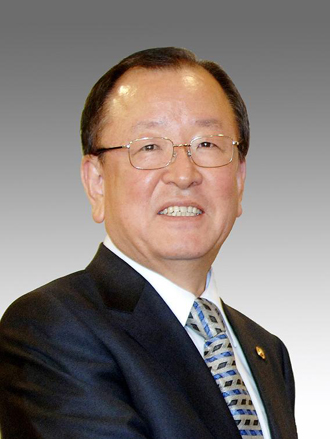 Chairman of the Korea Development Bank Financial Group Kang Man-soo offered to resign, according to a local newspaper report yesterday.

Kang, a close associate of former President Lee Myung-bak, had been under pressure to step down to be replaced by a choice by the new Park Geun-hye administration.

The Maeil Business Newspaper reported exclusively yesterday that Kang, 68, said he had offered his resignation to the Blue House “several days after Shin Je-yoon was nominated as chairman of the Financial Services Commission.” Shin, former first vice finance minister, was nominated by President Park to head the country’s financial regulator on March 2.

Kang told the newspaper that he “made the decision thinking that maintaining his position would only add a burden on the new government.”

Kang was also quoted as saying that he had “concluded he planted all the important apple trees after being notified of the growth KDB had achieved over the past two years at the shareholders’ meeting on Tuesday.”

Kang was selected by former President Lee as KDB Financial Group Chairman in March 2011. His term was for three years, not expiring until next March.

KDB Financial Group didn’t respond to the report but didn’t complain either.

“In general, the official procedure that would follow after tendering a resignation would be the Blue House accepting the resignation and, lastly, holding a retirement ceremony,” said a KDB official.

Although no other financial chiefs have tendered their resignations, Lee Ji-song, head of the Korea Land and Housing Corporation, submitted his resignation yesterday afternoon, following Kim Keun-ho, president of the Korea Water Resources Corporation on Wednesday, signaling a major reshuffle within public firms. Lee’s term was through this September.