Pianist Yiruma given a second life as composer

Pianist Yiruma given a second life as composer 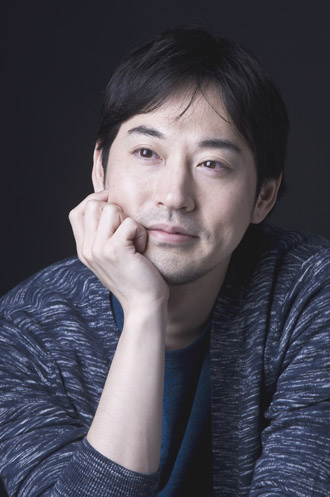 Yiruma, a famous New Age pianist, has now become successful in his new career as a composer.

While world pianists such as Andre Gagnon, Yuhki Kuramoto and Steve Barakatt were making hits in the early 2000s, a young pianist in his 20s brought fresh air to the industry.

Leaving behind the first chapter of his career, he is now interested in making his own music.

By creating songs for hot K-pop singers such as Baek Ji-young and 2AM, the 35-year-old had a fairly good start. The JoongAng Ilbo met the talented man, happy with his second life.


Here are some excerpts from the interview:

Q. How did you step into the K-pop industry?

A. I actually majored in composition, but I haven’t had any opportunities to write songs before as I have been more recognized as a pianist. I had difficult times because people in Korea sometimes looked down on me since I haven’t written any songs that were huge hits. Previously, I did write several K-pop songs, but my pieces bloomed after working on Baek Ji-young’s “I Hate It” and 2AM’s “Coming to Me.” I’ve been hearing comments that all my creations sound like classical music, and now I have overcome my weakness. Recently, I’m working with producer 2Face on a project team called “Mind Tailor,” and I’m having fun.

What’s so interesting about K-pop music? What do you think of New Age music losing its popularity among people?

First of all, K-pop is totally different from what I used to work on. I’ve always thought that a musician should play something that many audiences want to hear, and popular music does appeal to the majority of people. But dealing with singers and producers, and keeping the deadline can be pretty tough.

Trends change so fast nowadays. Due to developments in technology, from some point, people began to make their own music at home even without audio-mastering. Then, the quality of piano music got poorer and the New Age songs became a cliche. Several years ago, I was worried about the boundary between amateurs and professionals getting more unclear, but I think professionals must thank amateurs since we can develop our craft in order to win over them. Overall, I feel alright because the fans are still there.

As your tissue brand “Mon Dou Dou” has marked 10 billion won ($8.98 million) in sales, you are planning to build a facility for single moms. Can you explain the idea in more detail? How many people will the facility accommodate?

I first started the business to gather donations, but it got much bigger than I expected. As the company produces wet wipes, I thought helping out single mothers would be meaningful. When the firm constructs a building after a land purchase, Hwaseong, Gyeonggi, will handle the facility management supported by the Small and Medium Business Administration.

I will be able to know the exact number that we can allow by next month. I hope to provide comfort to as many as possible. Along the accommodation area, the company will also build a warehouse right beside it and let single moms have jobs there. They need places to stay and we also need employees. It’s a win-win.