Restoring the fragrance to our fast-paced lives

Restoring the fragrance to our fast-paced lives 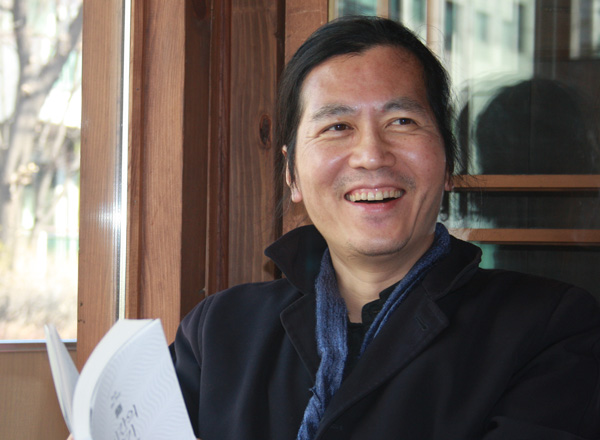 Philosopher Han Byung-chul advises that we find ourselves by being present in the moment instead of obsessing over work and consumption. Provided by Moonji Publishing

Many of us are working hard toward future goals but aren’t getting any happier in the present. For people struggling to find meaning in the moment, philosopher Han Byung-chul has a few fresh insights.

The Berlin University of the Arts philosophy professor emerged as a humanities star with his “Fatigue Society.” Its popularity has a darker side that’s particularly visible here in hypercompetitive Korea, as it speaks to people because so many are weary with the grind of daily life.

Hoping to offer some radical yet practical solutions to the modern condition, the author recently visited Korea to promote his new book “Scent of Time.” His latest is an analysis of the depression and fatigue that is deeply ingrained in the fabric of today’s society.

In offering his thoughts, he references a wealth of other philosophers from Aristotle, Hegel, Marx and Nietzsche, to more recent thinkers like Heidegger and Arendt.

The 54-year-old author says most philosophers in Germany are not willing to connect their philosophical studies to analysis of society.

“Philosophy is a tool for better understanding the world, but it is losing ground because philosophers tend to publish such difficult books that nobody dares to read,” he said. “I think that’s why my book has been well received.”

The essay, published earlier in Germany, sold 60,000 copies in the country. That’s a remarkable number considering that even books by renowned thinker Jacques Derrida would only sell around 3,000 copies. Han attributes the success of the book to his penchant for analyzing the modern world.

The title of Han’s latest work refers to the pleasant fragrance you are able to enjoy when you lead a quality life.

“But the fast-paced society has taken away the fragrance,” he said. “I think it’s one of the duties of philosophers to help people find their scent of time. To bring back the fragrance of our lives, we need a time revolution.”

“In this day and age, work almost takes over our lives. We rarely have a time off. Resting is also part of work. That’s why we can’t even get a good sleep. We need to create a totally different time,” he said.

Recently, the Slow Movement has emerged as a direct reaction to our high-speed lives. But he says he’s not only suggesting a slower pace, but a different approach. The starting point is to shift the time we spend for ourselves to time spent for others.

“The time spent working and consuming something is only for us. But the time spent for others, like helping people in need, is different,” Han said.

“It was quite impressive that the newly elected Pope Francis emphasized simplicity as he named himself after the 12th and 13th-century Saint Francis of Assisi, who represented poverty and peace.”

He added, “Give deep thought to the fact that we can become slaves to money and obsessed with possession. And then, there will come an auspicious moment when you find new time, when you discover the true meaning of simplicity.”

He also mentioned the so-called healing trend in Korea, where people seek books, movies or TV shows that offer comfort and consolation.

“Korea is facing so many problems resulting from the fast development of society.”

He said, “The issues mostly stem from the hectic world. But we are all about healing ourselves, putting the blame on the individual. What we need to do is kill the bad time instead of seeking sweet comfort.”

Han Byung-chul was born in 1959 in Seoul. After majoring in metallurgy at Korea University, he moved to Germany to study philosophy, German literature and Catholic theology. In 2002, he achieved habilitation, a high-level professor qualification, at the University of Basel. Nowadays, Han teaches philosophy to aspiring artists at the Berlin University of the Arts.