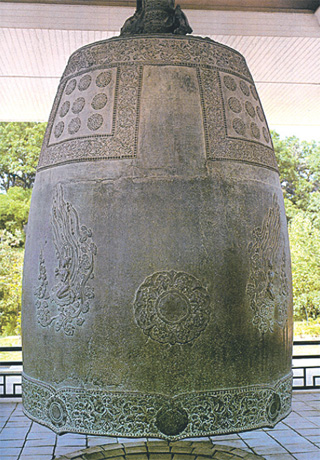 King Gyeongdeok of Silla started casting this bronze bell, the largest in Korea, to honor his father King Seongdeok. It was later completed by his son King Hyegong and named the Sacred Bell of King Seongdeok.

It is better known as the Emille Bell (Mommy Bell), a name that comes from the legend that a baby was sacrificed to produce its beautiful sound.

When it rang, it was said to make the sound “Emille,” which is “mom” in the Silla language. The bell is also known as the Bell of Bongdeok Temple, named after the location where it was first erected,

On the top, it has a unique hollow tube designed to control its tone.