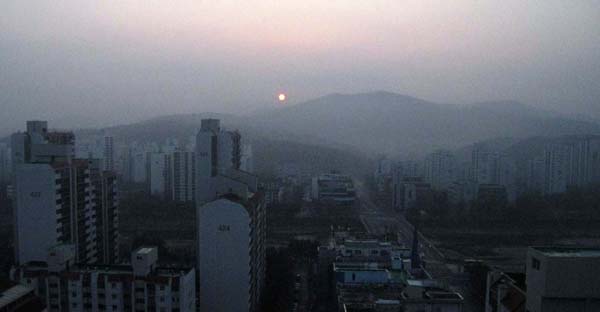 A 37-year-old surnamed Kim, who lives on jeonse, or key-money deposit, is considering purchasing a house to benefit from falling apartment prices. He has been in a quandary over whether he should remain living on high-priced jeonse or instead purchase a new house. One thing, however, that kept him from making a final decision was various regulations.

Yesterday, targeting first-time homebuyers like Kim, the government said it will lift the debt-to-income (DTI) regulation until the end of this year and ease the loan-to-value ratio to 70 percent, which would allow more home loans to be taken out from financial institutions.

The measures to temporarily lift the DTI ratio and ease the LTV ratio for first-time homebuyers are expected to help stimulate the sluggish market.

“The measure to lift DTI ratio is a huge benefit,” said Lim Young-ho, an official at Woori Bank.

The measure comes despite concerns that lifting the ratio could cause undesirable long-term side-effects. Observers have noted that easing loan regulations could stimulate the real estate market for a short period of time, but from a long-term perspective the measures could raise the overall volume of individual debt and increase default. DTI and LTV regulations were used by previous governments, mainly the Roh Moo-hyun administration, to cool down the housing market.

It was widely expected that comprehensive measures related to easing DTI and LTV regulations would not be included in yesterday’s policy package as officials of the Park administration have already expressed their concerns.

“If real estate trading normalizes, then the construction industry and related self-employed businesses will recover,” said Kim Kwang-seok, a senior researcher at Hyundai Research Institute. “The measures will help activate the domestic market.”

The package of real estate measures unveiled by the government yesterday also focuses on providing financial and tax support to households in need. The main targets for government support include the house-poor - families who own a house but spend most of their income on mortgage payments and property taxes - and rent-poor - families who spend large portions of their income on rent fees and thus are not able to save.

As for measures supporting the house-poor, the government said it will offer debt rescheduling by extending the loan repayment period for those in arrears for short-term loans and offering a pre-workout agreement so no risks are involved in receiving loans. For those house-poor, the government also decided to make it an exception to apply the loan-to-value ratio, a real estate regulation adopted by previous governments that determines the ratio of loans to the value of property purchased.

Also, for borrowers who have been in arrears for more than three months, the state-run Korea Asset Management Corporation (Kamco) has decided to purchase distressed mortgage debt and allow debtors to repay their loans over a longer period of time.

For rent-poor, the government decided to lower mortgage loan interest rates and expand the limit of loans to allow households to collect funding for jeonse.

Despite the government’s household measures focusing on mainly low-income households, there are concerns being raised over the moral risks involved in the measures that house-poor and rent-poor will wait for the government to offer them support without trying to overcome the difficult on their own.

“The measures to help the house-poor are not to write out their debt but to help reschedule their debt so they are offered the opportunity to lessen their loan burdens,” said an official from the land ministry. “We have come up with a measure to avoid moral risks from happening by screening those that have the will for rehabilitation and those who own only one house.”