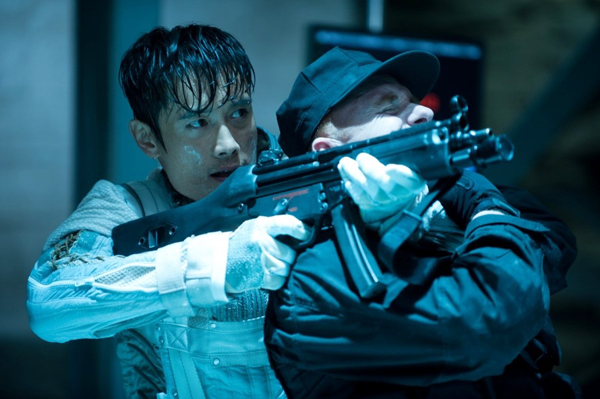 LOS ANGELES - After a nine-month delay, “G.I. Joe: Retaliation’’ deployed to the top spot at the box office.

The action film starring Dwayne “The Rock’’ Johnson, Bruce Willis, Channing Tatum and Korean star Lee Byung-hun as the gun-toting military toys brought to life marched into the No. 1 position at the weekend box office, earning $41.2 million, according to studio estimates Sunday. “Retaliation’’ opened Wednesday at midnight, which helped bring its domestic total to $51.7 million.

Paramount postponed the sequel to 2009’s “G.I. Joe: Rise of Cobra’’ last May from its original June opening date to convert the film to 3-D. The last-minute change came just weeks after “Battleship,’’ another movie based on a Hasbro toy, sank at the box office. At that time, Paramount had already begun its advertising campaign for “Retaliation.’’

“It certainly vindicates the decision,’’ said Don Harris, the studio’s head of distribution. “Any time you make those sorts of moves, people always assume the worst. The truth is I’d seen this movie a long time ago in 2-D, and the movie worked in 2-D. It’s not trying to be ‘Schindler’s List.’ This movie is intended to be enjoyed as a big, action spectacle.’’

Internationally, Harris said “Retaliation’’ earned $80.3 million, making it the biggest international opening of the year. The film opened in 53 markets outside of the U.S. and Canada, including Russia, Korea and Mexico.

After debuting in the top spot last weekend, the 3-D animated prehistoric comedy “The Croods’’ from DreamWorks Animation and 20th Century Fox slipped to the No. 2 spot with $26.5 million in its second weekend.

Among the other new films this weekend, “Tyler Perry’s Temptation’’ starring Jurnee Smollett-Bell and Lance Gross opened above expectations at No. 3 with $22.3 million.