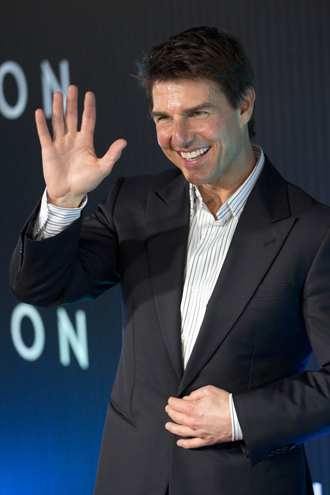 Cruise posed for photos at the stadium’s newly installed pitch holding a Brazil jersey with his name on the back. The actor told Globo TV it “would be an honor” to make it to the 2014 World Cup final at the famed venue. He received an autographed ball from Zico, and said he would message friend David Beckham about his meeting with the former Brazilian playmaker, saying the British star would be “jealous.”

The Maracana, which also hosted the 1950 World Cup final, is being renovated ahead of next June’s Confederations Cup, the warm-up tournament a year before football’s showcase event. AP