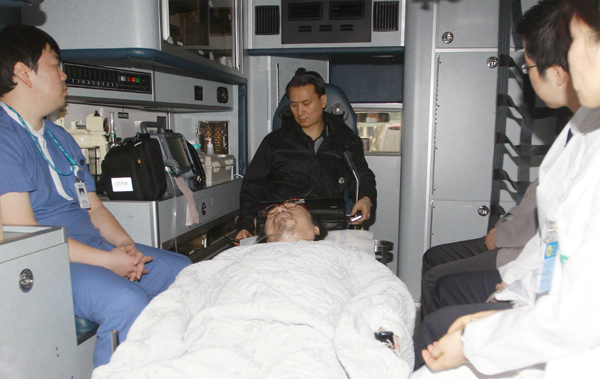 Kim Seung-youn, chairman of Hanwha Group, arrives in an ambulance at Seoul High Court yesterday. The prosecution demanded nine years of imprisonment and a fine of 150 billion won ($134.6 million) for embezzlement and breach of trust in his appeals trial. Last year, he was sentenced to four years in prison and a 5.1 billion won fine. The Seoul High Court paroled Kim in January as the 60-year-old tycoon claimed he had a “critical health condition.” The appeals court ruling is scheduled for April 15. [NEWSIS]