To April 14: This is an exhibition curated by the Museum of Modern Art (MoMA) in New York to highlight American director and producer Tim Burton’s off-screen talent.

The show features 860 of Burton’s artworks, encompassing drawings, paintings, sculptures, short films, animation and costumes. Among them are conceptual drawings from Burton’s films “Edward Scissorhands” and the “Batman” series.

RE: QUEST - JAPANESE CONTEMPORARY ART SINCE THE 1970S 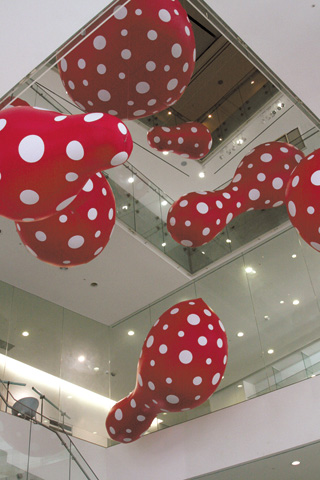 To April 14: The show allows viewers to explore Japanese art from the past four decades with about 120 works by 53 artists. The exhibit includes pieces by international stars well-known to Koreans such as the sculpture “Dots Obsession” by Yayoi Kusama, the painting “Flower Smiles” by pop artist Takashi Murakami and paintings by Yoshitomo Nara that depict children looking sullen or cross in his signature “cute-but-dark” style.

But the more noteworthy part of the exhibition includes pieces by veteran artists less known to the Korean public, such as Jiro Takamatsu, who led the “Mono-ha” movement of the 1970s, and up-and-coming young artists such as Koki Tanaka, who will represent Japan at the 2013 Venice Biennale.

To April 27: In celebration of the 30th anniversary of Horim’s founding, the museum is displaying 80 of the most renowned pieces in its collection. They include state-designated treasures, such as a gilt-bronze “Standing Buddha at Birth” from the sixth century, which is National Treasure No. 808. 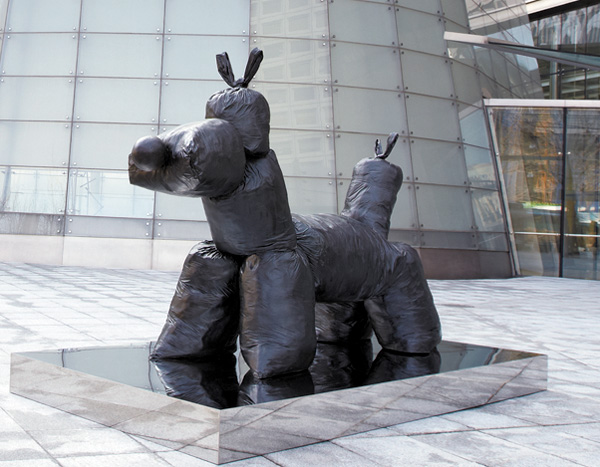 To May 26: This is a solo show of Korean conceptual artist Gimhongsok.

Some of the works on display show what the playful artist calls “autonomous and original translation” with satirical tones. They include “Canine Construction,” which resembles the famous “Balloon Dog” by American neo-pop artist Jeff Koons, but unlike his expensive shiny creation, looks like it was made with black garbage bags. Gimhongsok presents works made of waste that remains after the production and delivery of sculptures and installations, reflecting his questions about “the center and margin.” With other works, Gimhongsok raises the issue of the “hidden labor” of people who participate in the production and delivery of art but stand in the shadows behind the artist.

Admission is 3,000 won for adults. The gallery is open from 10 a.m. to 6 p.m. Tuesday through Sunday and is closed Monday.

It starts with a grand piano that makes a thunder-like sound regularly though no one is banging on its keys. This is a work by Stephane Vigny, who makes surrealistic art through unexpected and witty combinations of daily objects.

The works on display also include a group of trophy heads, which are grotesque hybrids of two or more animals, by Julien Salaud, and sculptures of four ghosts that make “The Invisible Family,” more humorous than frightening, by Theo Mercier. ?

YOUN MYEUNG-RO: TRACES OF THE SPIRIT 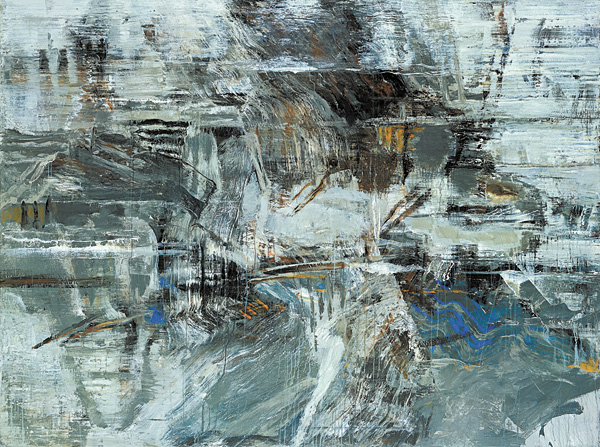 To June 23: This is a retrospective for Youn Myeung-ro, who was one of the most active Korean avant-garde artists in the 1960s and has since dedicated to his life to creating abstract paintings.