Bloom to play Romeo on Broadway

Bloom to play Romeo on Broadway 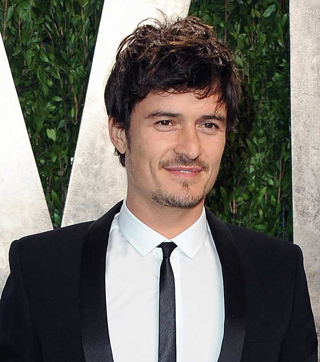 NEW YORK - Orlando Bloom and Condola Rashad will star on Broadway this fall in a modern take on William Shakespeare’s “Romeo and Juliet,’’ a revival that will add an intriguing element of racial contrast to the classic tale of two star-crossed lovers.

“The last thing we wanted to do was to do a sort of pompous, classic version of ‘Romeo and Juliet,’?” said director David Leveaux, a five-time Tony Award nominee. “I’m just taking away all the wallpaper and mantelpieces, all the kind of pompous stuff we associate with grand Shakespeare productions, and try to go as simple as possible.’’

Producers said Monday that previews at the Richard Rodgers Theater will begin Aug. 24 with an opening night set for Sept. 19. Tickets will go on sale to the general public on April 8.

The production will also star two-time Tony Award nominee Jayne Houdyshell as the Nurse and Tony nominee Joe Morton as Lord Capulet. The Capulets will be played by black actors and the Montagues by white actors.

Leveaux stressed that the idea of exploring the racial difference between the two feuding Italian families came organically after the casting of the lead actor and actress.

“I did not set out to create some conceptual frame,” he said. “At the end of the day, if you’re sitting in Row E in a Broadway theater, you either believe that these two people are in love and are invested in them or the play doesn’t work.’’ AP