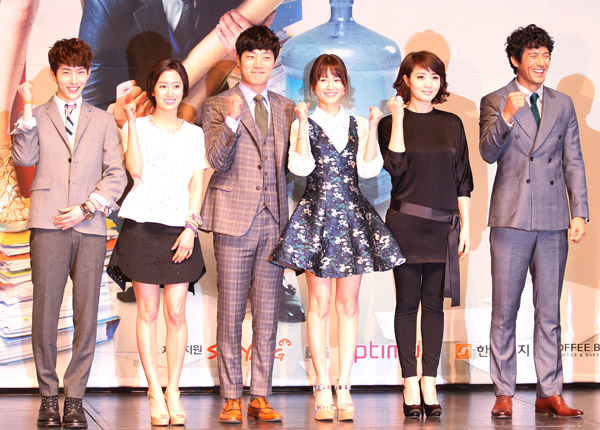 “God of the Workplace”

The new KBS drama “God of the Workplace” took a promising first step by attracting a 8.2 percent viewership during its first episode on Monday.

The figure, reported by Nielsen Korea, is higher than the 6.3 percent for the final episode of “Advertising Genius Lee Tae-baek,” which preceded the new show in its time slot.

The drama is adapted from the Japanese drama “Pride of the Temp” and follows a temporary employee named Miss Kim (played by Kim Hye-soo) who refuses to do work outside of her job description.

She never misses her lunch break and leaves as soon as her working hours end. The company wouldn’t dare think about asking her to come in on weekends.

Instead, Kim insists that if the company doesn’t approve of her actions, it should hire three more regular workers since she does three people’s work in a limited period of time.

Needless to say, Miss Kim’s atypical approach to her working life rubs her colleagues the wrong way, leaving to even more tension.