Song Hye-gyo thanks staff for hard work in SBS drama

Song Hye-gyo thanks staff for hard work in SBS drama 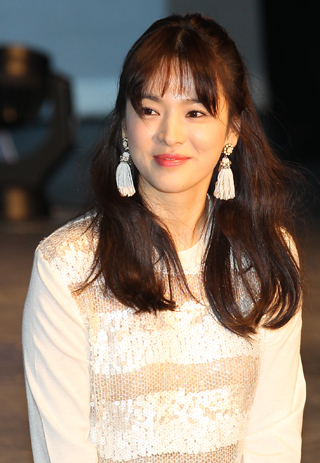 Song Hye-gyo of ongoing SBS drama “That Winter, the Wind Blows” wrote a short letter to each of the staff to show her gratitude for their efforts, according to local media reports.
One of the netizens posted a photo of the letter with her handwriting.
In a card with a photo of herself, she included her own signature on top and finished the letter with her character’s name Oh Young in the drama.
“Because it was a hard character to play, I barely had any time to relax. I’m regretful that we didn’t spend too much time together,” she said in the letter.
The last episode of the drama finished filming last Saturday. The famed drama will end its two-month run this week.