Samsung will mobilize outside software pros

Samsung will mobilize outside software pros 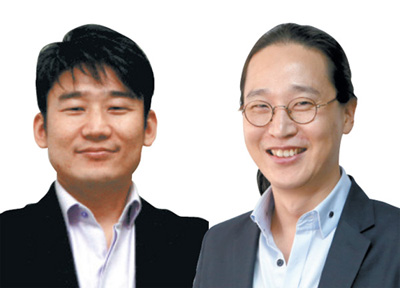 To boost its software center, Samsung Electronics has organized a group of 21 experts in the country’s IT industry as official “technology advisers.”

Samsung will pay them a “sizable amount” in compensation, according to sources.

At the four-hour-long launch event, a Samsung Electronics executive, whom the company asked not be identified, expressed concerns about Samsung, as a top player, distinguishing itself from others.

“Samsung was strong in benchmarking others in the past, but we have no one to follow now,” he said. “When I visited the Mobile World Congress in February, it was hard to distinguish which handset came from which company unless I checked the logo.”

He also asked the new advisers to “give inspiration and insight for technologies that will lead the future of Samsung,” adding that the company would accept whatever ideas they come up with. “Don’t be locked inside the frame of Samsung. Feel free to point out flaws, with creative thinking.”

The comments signal the changed attitude of Samsung toward outside input. “When Samsung was working with academics in the past, it always designated fields and themes,” said one adviser. “This time is different. It has given the advisers full authority. I could feel how desperate Samsung is about strengthening its software sector.”

“Managers should pick and train quality software workers. They are the future of Samsung,” he said during a visit to the Suwon factory in July 2011.

Following up, the company launched a software center under the DMC Research Center in December 2011. The world’s top producer of smartphones, displays and computer memory chips, Samsung is best known for its manufacturing capability. But it has been steadily shifting its focus to software now that progress in hardware is widely acknowledged to have reached a saturation point.

Regarding the Galaxy S4 flagship smartphone Samsung unveiled March 14, Lee Seung-woo, an analyst with IBK Investment & Securities, said, “We need to pay attention to the fact that Samsung is starting to stress software and brand rather than hardware and design.”

Its reliance on the Android platform by Google for its smartphones and tablet PCs has also been discussed as a hurdle that must be overcome.

Samsung spent three years developing its own Bada operating system before announcing in February it would ditch the project and switch to a more promising platform called Tizen, a Linux-based open source type jointly developed with Intel.