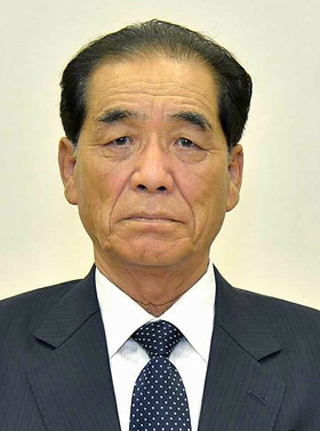 North Korean leader Kim Jong-un replaced a number of officials in charge of economic policy and named an economic technocrat as premier of the cabinet.

On Monday, Kim convened the Supreme People’s Assembly, a kind of parliamentary meeting, to discuss the state budget, Constitutional revision and a cabinet reshuffle, according to the North’s official Korean Central News Agency.

He filled nine cabinet positions with new figures, including Pak Pong-ju, a former light industry director of the ruling Workers’ Party, who was named premier.

At a party Central Committee plenary session Sunday, Pak was also named a member of the committee’s Political Bureau, reemerging after reportedly being purged in 2007.

Pak, 74, is known to have filled various positions regarding economic policy of the communist country, a Unification Ministry official told the Korea JoongAng Daily.

“In 2002, when he was the minister of the chemical industry, Pak was also a member of the economic delegations led by Jang Song-thaek and visited the South,” the ministry official said by phone.

Analysts consider Pak a reformist who led the so-called “July 1 measure to improve economy” in 2002, a policy to tame skyrocketing market prices and give more autonomy to people wanting to sell things, the ministry official said.

He was the premier once before in 2003, but was replaced at the Supreme People’s Assembly in 2007, allegedly after conflicts with the military over his economic reform plans.

Among the eight ministers, Ri Mu-yong, Minister of Chemical Industry, and Ri Chol-man, Minister of Agriculture, were also made deputy prime ministers.

“Although North Korea declared a ‘two-track strategy,’ we guess they are putting more emphasis on the economy,” another Unification Ministry official told reporters yesterday. The “two-track strategy’ announced Sunday is supposed to concentrate simultaneously on “economic construction and building nuclear armed forces,” according to the state-run media.

“They replaced key posts regarding economic policy in the cabinet and selected Pak, a technocrat, again, which means they’re giving another opportunity to Pak [to improve the economy].”

Delegates at the assembly also passed a bill to establish a State Space Development Bureau, which is assumed to be in charge of long-range artillery rockets.

Since his rule started in early 2012, Kim Jong-un has focused on economic development. In a speech marking the centennial anniversary of founder Kim Il Sung’s birthday last year, Kim Jong-un promised “not to make people tighten their belts.” In a New Year’s speech this year, he also declared to turn the country into “an economic power.”